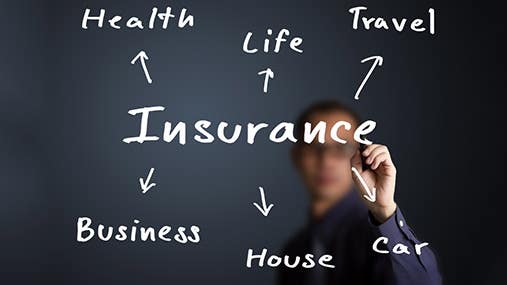 You’ve created a rock solid retirement plan, calculating future expenses, the effects of inflation and market volatility on your nest egg, and a reasonable withdrawal rate to ensure you don’t run out of cash before you run out of time.

Indeed, as life expectancies rise, a growing number of Americans are spending more years in retirement than they counted on — a positive trend overall, but one that also puts them at risk of outliving their assets. In financial jargon, it’s called longevity risk.

“Running out of money in retirement is going to be an increasing problem since a lot of people who used to have pension plans with lifetime income now only have defined contribution plans, like a 401(k). So they’ve got this lump of savings that they have to try and figure out how to make last,” says Joseph Tomlinson, a Certified Financial Planner in Greenville, Maine.

That’s tough to do when you don’t know how long you have, he says.

Also known as an advanced life deferred annuity, longevity insurance is designed to provide guaranteed income for life once the policyholder reaches old age — typically around 85, when their nest egg may be mostly depleted.

As with a deferred annuity, those who purchase such products invest money upfront in exchange for future payments. But like an immediate annuity, the payout benefit is calculated at the time they invest in the contract — typically just before or after retirement, at around age 65.

The size of the income payout adjusts based on how old you are at the time of purchase.

For example, a man who pays $50,000 for MetLife’s longevity insurance product at age 50 would receive annual income of $42,997 once he reaches age 85, according to the company’s brochure. Assuming an inflation rate of 2.5 percent per year, that annual payout is equivalent to $18,118 in today’s dollars.

He would receive about half that amount — $21,741 per year — if he purchased the same contract at age 60, and $15,439 if he bought it at 65. That’s equivalent in today’s dollars to annual payments of $11,727 and $9,422, respectively. Female policyholders receive slightly less, since statistically they have longer life spans.

To counter the erosive effects of inflation, insurance companies, including MetLife and Hartford, offer longevity products with an inflation hedge — for a price.

Anthony Webb, a research economist with the Center for Retirement Research at Boston College, says it’s worth investing a little extra to purchase a policy that includes some form of inflation protection since those who purchase longevity insurance won’t collect a benefit for up to 30 years.

“You want real dollars rather than current dollars,” he says.

Longevity insurance products offer considerable comfort to those who worry about having to move in with their kids during retirement. But they come with some significant drawbacks, too. The biggest is that basic longevity policies are sold on a use-it-or-lose-it basis.

If you die before benefits kick in, you lose the money you put into it. Most do not include a death benefit, meaning your heirs don’t get to collect, either.

Another downside to longevity insurance is that, once invested, the money you use to purchase the contract is locked up. You won’t be able to tap those funds if you need to.

“These policies do provide a very large payout if you happen to live that long, but the fact that you’re going to put X amount of dollars into it and not be able to get to access that money for 30 years, if you even live that long, is a big concern,” says Jason Stewart, president of Cohen Financial Services in Leawood, Kan.

Recognizing that many retirees are uncomfortable with such restrictions, however, the companies that sell longevity policies are introducing more flexibility.

Flexibility, for a price

MetLife, for example, now offers a flexible access version of its Income Guarantee product, which lets clients start collecting income whenever they need it, provides a death benefit (allowing heirs to collect a portion of what you paid if you die before the payout begins), and a liquidity option to access those funds early if needed.

The payout, however, is less.

For example, a 65-year-old male who purchases the flexible access version with $100,000, would receive monthly income payments of $3,000 for life beginning at age 85, according to MetLife. The amount of the death benefit would depend on date of death.

If he purchased the maximum income policy with $100,000, which does not include a death benefit, his monthly income payments would be $5,500 for life beginning at 85.

Stewart says the death benefit is worth the reduced income, however.

“One of the things we advise our clients is that they explore their payout options and go with something that at least gives something back to their heirs if they die before the benefit kicks in,” he says. “The fact that you don’t get anything back if you don’t live that long is a huge downside risk.”

For its part, The Hartford Income Annuity allows clients to purchase guaranteed fixed income that either starts immediately or delays their income start date until they need it. One of its products offers optional survivor benefits for a fee.

Similarly, while New York Life Insurance Co. does not offer longevity insurance per se, it did recently introduce an elective feature to its immediate Lifetime Income Annuity, that offers a form of late-in-life financial protection. Called the “changing needs” rider, policyholders would begin collecting income immediately, but they can elect to increase or decrease future payments by up to five times the original amount at a date of their choosing. This allows them to plan for a gradual retirement or an increase in health-related expenses, for example.

Are they right for you?

Longevity insurance, though, does not make sense for everyone.

Those with ample assets would be better served with more traditional investment securities, such as stocks, bonds and mutual funds, rather than tying up a percentage of their assets in life insurance, says Tomlinson.

It does not make sense for those with a life threatening illness, either.

But those with a family history of living into their 90s are good candidates, says Tomlinson.

“If you happen to be someone who believes in the stock market long term, longevity insurance might be a more appropriate product than an immediate annuity,” says Tomlinson. “I think these are good for somebody who wants to control most of their investments, but have some protection against the risk of living too long.”

Retirees who regularly withdraw more than the target percentage from their retirement portfolio each year should also consider purchasing a longevity contract, says Stewart, since they’re at greater risk of depleting their funds.

He recommends spending no more than 10 percent to 15 percent of one’s total portfolio on longevity insurance, due to the opportunity cost of not having those dollars invested in securities with potentially higher returns.