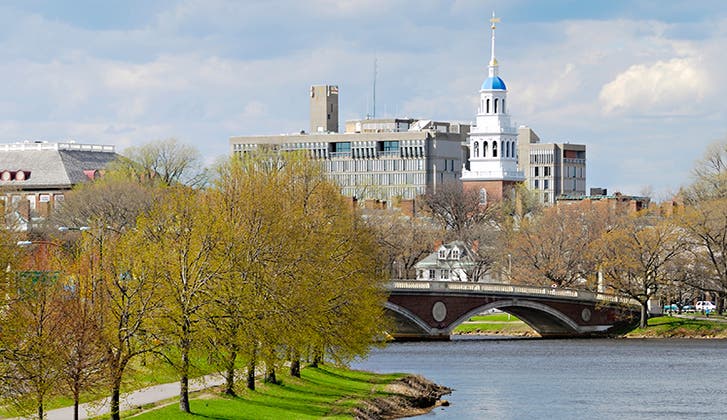 College towns are springing back to life this fall as students migrate back to campus. For alumni, it’s time to stock up on tailgating supplies, buy a few tickets to homecoming and, perhaps, wonder what it would be like to live year-round near their alma mater.

With that in mind, Bankrate has 2 new rankings inspired by the changing of the seasons: the 10 best college towns for retirees and the 10 best retirement cities for football fans.

College towns could make an excellent place for Americans to spend their golden years — especially those who want to stay close to the action. University campuses act like a hub for intellectual and cultural achievement, attracting high performers of all stripes. They’re an excellent resource for the community, especially anyone interested in concerts, art exhibits, political debates and sporting events.

Both of our rankings started with Bankrate’s database of nearly 200 cities. Each city was rated according to several different measurements: cost of living, health care quality, tax rate, crime rate, walkability and wellness.

These cities are not only great places for retirees; they're great for football, too.

For our 10 best college towns, we filtered our data to include only those towns where college students make up at least 15% of the population. After we filtered the data, we added points for cities with a high density of museums and other cultural institutions per square mile.

It should be noted that some well-known campus towns, such as College Station, Texas, (home of Texas A&M,) and Lawrence, Kansas, (home of the University of Kansas,) didn’t make our list due to a technicality: Some of the information sources used in the ranking didn’t include statistics from those locations. If we didn’t have enough information for a particular city, we left it out of the overall ranking.

*Each city’s cost of living was ranked based on a range of expenses in their metro area. This is an example of 1 of them.

Sources: Agency for Healthcare Research and Quality; Healthways; the Council for Community and Economic Research; the FBI; the Tax Foundation; Walkscore.com; the Institute of Museum and Library Sciences; U.S. Census; and the National Oceanic and Atmospheric Administration

Our ranking of the best retirement cities for football fans also included the core measurements: cost of living, health care quality, tax rate, crime rate, walkability and wellness. It then gave points for proximity to college and NFL teams. We decided not to give more weight to pro versus college teams since it’s debatable which one is more interesting.

Think college towns are just for students? Think again. They're great for retirees, too.

*Each city’s cost of living was ranked based on a range of expenses in their metro area. This is an example of 1 of them.

If you’re interested in football or college towns, these lists are for you. Of course, if you’d like a less specific ranking of all cities, check our rankings of the best and worst cities to retire.