You got the job. Good show. You even managed to eke out an extra $5,000 a year in base pay during the negotiation process.

You’re going to need it, too, to compensate for that sorry excuse for a 401(k) plan.

“It’s important for working Americans to know how their retirement plan stacks up because unfortunately, nowadays, it’s the only source of retirement income we have,” says Veronica Lee, senior vice president of client services with 401(k) Advisors in Aliso Viejo, Calif., an independent consulting firm.

Plan participants who get little in the way of an employer match, for example, will need to defer more of their monthly income to meet their long-term savings goals, she says.

Likewise, those who job-hop without regard to their vesting schedule may leave tens of thousands of retirement dollars on the table, money that could help supersize their 401(k) plan through compounded growth. 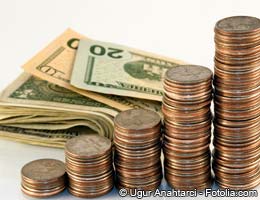 There’s no single feature that defines a “good” 401(k) plan, of course, but a generous employer match is a nice start.

According to a 2011 survey by trade publication PlanSponsor.com, nearly 89 percent of companies that offer 401(k) plans provide some kind of a match, in which the company matches a percentage of the employee’s contribution. Employers are not required by law to do so.

About one-third (almost 32 percent) of employers match less than half of their employees’ contributions up to 6 percent of their salary.

Few (10 percent) match 100 percent or more of their employees’ contribution up to 6 percent of their salary, the survey shows. 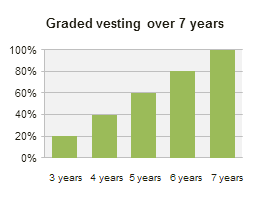 The best plans also offer immediate vesting of employer contributions, but that’s not necessarily the norm.

Vesting refers to ownership of the employer match — or the length of time you must remain with your company to be able to take that money with you when you leave.

Those who leave before they are fully vested forfeit all or part of any company contributions. The pretax dollars you defer to your 401(k) on your own are always yours to keep.

According to the Bureau of Labor Statistics, 22 percent of employers offer immediate full vesting, but nearly half (47 percent) use a graded vesting schedule, in which the employees’ right to company contributions increases gradually (say, 20 percent per year) until they are fully vested.

Another 22 percent of employees are in plans with cliff vesting, in which employees become fully vested all at once on a specific date. Under the Pension Protection Act of 2006, that must occur no later than three years after the date of hire. 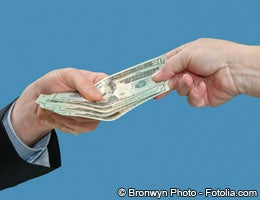 Plan fees vary dramatically — and can have a major impact on your 401(k) balance.

Administration fees cover record keeping, accounting, legal services, marketing and investor education services. Investment fees cover expenses associated with managing the plan’s funds, and these get deducted directly from your assets. As such, they are often more difficult to identify on your investment statement.

New U.S. Department of Labor regulations, however, will require employers to disclose greater detail to their workers about the fees and expenses associated with their plan. The deadline for disclosure to plan participants is Aug. 30.

The total cost for a 100-participant plan with average account balances of $50,000 ranges from 0.36 percent to 1.71 percent. Does that seem like chump change? It’s not. Those expenses to the average participant would range from $180 annually at the low end to $855 a year at the high end.

Too many investment choices 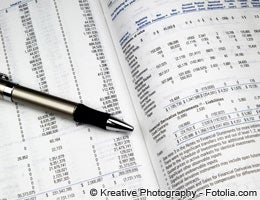 Quality 401(k) plans also offer a carefully vetted selection of investment options and asset classes that are not limited to company stock, says Lee. Too many choices, however, can be a negative.

“Study after study shows the more investment choices a company gives their employees, the less likely they are to participate because they feel overwhelmed,” says Lee.

The better plans select a handful of solid investment options for their participants that include target-date funds, many of which automatically become more conservative as the employees approach retirement, she says.

Tom Chipain, a retirement plan specialist with Metis Investment Strategies and president of ReviewMy401k.com, which implements corporate retirement plans, agrees. “An important component of the 401(k) is to take investment decisions out of the hands of the employees and give them the option of having actively managed accounts,” he says. “Employers think the answer is to educate their employees to invest for themselves, but employees don’t have the expertise or inclination to sit there and research funds.”

Low-cost index funds, which seek to track the returns of a specific market index such as the Standard & Poor’s 500 index, are also favored as 401(k) investment offerings, says Chipain. 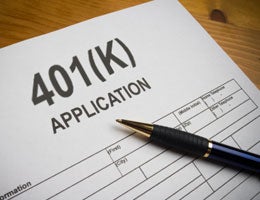 Even the most generous employer match and the best investment options, however, won’t help you hit your savings goal unless you start contributing to your plan.

For that reason, says Nevin Adams, co-director of the Employee Benefit Research Institute’s Center for Research on Retirement Income, 401(k) plans that encourage employees to save through automatic enrollment get the highest mark in his book.

Such provisions, in which workers are automatically enrolled in their employer’s plan unless they opt out, have helped boost participation rates in 401(k) plans nationwide, says Adams, especially among younger workers who don’t always feel an urgency to contribute.

PlanSponsor.com reports that 91 percent of plans offer automatic enrollment to new employees, while less than 30 percent offer it to existing workers who were not previously enrolled.

Plans that get automatic raises 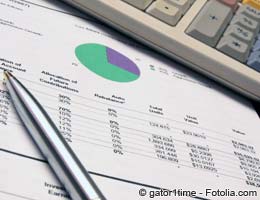 Automatic escalation provisions, in which the amount of pretax money that employees contribute toward their 401(k) plan automatically increases annually, are also the sign of a company that looks after its own, says Adams.

“The difference that auto-enrollment and contribution increases can make on people’s savings is really significant over time,” he says. Low fees are important, he notes, but they can never compensate for undersaving.

EBRI concedes, however, it remains unclear how long employees would allow automated escalations to continue before opting out, making it difficult to quantify the true impact on 401(k) accumulations.

Other perks of some plans

Some plans also enable participants to make either pre- or post-tax contributions (the latter generally via a Roth 401(k) plan), helping them establish tax diversification in their retirement plan. Others review their investment options on a quarterly basis to ensure they keep pace with market performance. And still others allow plan participants to begin contributing from day one instead of having to wait for several months.

By ferreting out the features of your own 401(k) plan, you’ll be far better positioned to maximize your savings and, if necessary, lobby for change, says Chipain.

“That way, the employees can say, ‘Hey, Mr. Employer, we really love working here, but do we really have the best plan out there for us?'” he says, noting employers don’t always evaluate their investment options as often as they should. “Employers pass many of the fees along to the employees, so they don’t have any skin in the game anymore, and that’s part of the problem.”

You can ask your employer to switch to a plan with lower fees or well-designed target-date funds, he adds.

Or you can ask for a selection of very inexpensive index funds to get broad exposure to the market while paying as little as possible for it.