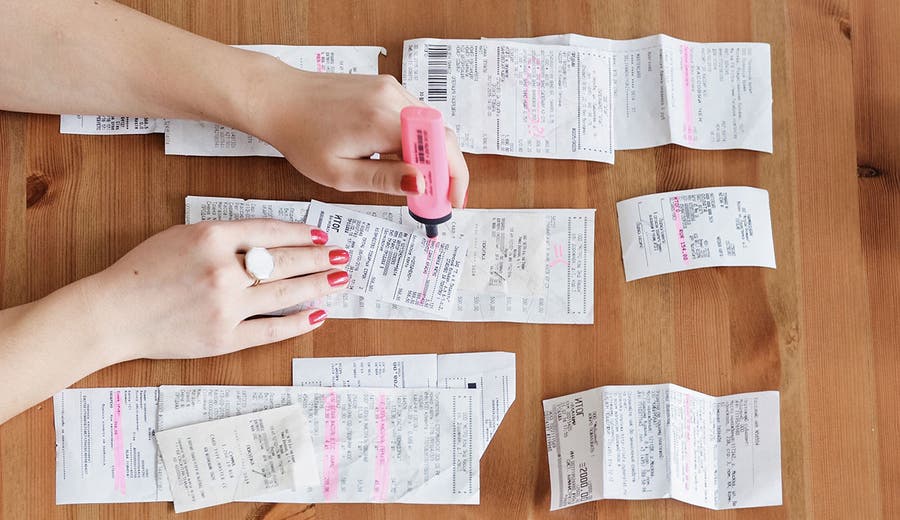 Will members of the “FIRE” movement run into financial trouble when the hot stock market and economy cool off?

That’s a potential risk facing the frugal folks who skimp, save and invest enough to build a sizable nest egg in order to achieve FIRE status, an acronym for Financial Independence, Retire Early.

The FIRE movement has surged in recent years and is gaining momentum as internet personalities, such as Mr. Money Mustache, started sharing their own stories of how they achieved financial independence at shockingly young ages.

Meanwhile, the stock market has been hot. For the past decade, Wall Street has enjoyed a record-long period of rising stock prices. At its peak in October, the Dow Jones Industrial Average was up more than 20,000 points, or 310 percent, from its March 2009 low. There has also been steady growth in the economy, and consumers with investments have reaped the benefits.

A bull market, though, never lasts forever. Recently, there have been a few shaky moments for the market, leading many to wonder if a downfall is rapidly approaching.

Most investors are told to weather economic downturns and stay in the game for the long haul. But what happens when the market takes a turn lower and you’re already living off your retirement money — and have to make it last for the next 50-plus years?

The FIRE community is full of individuals who have stopped working much sooner than the standard retirement age of 65. For some, their investments have to last at least 40 or 50 years.

As a downturn approaches, now is the time to take preparations to protect assets.

Here are ways FIRE folks can prepare for an economic slowdown.

Tanja Hester, author of “Work Optional,” is a FIRE participant who retired at 38. If the market takes a turn for the worst, she recommends cutting spending as much as possible to keep a cash cushion for as long as possible.

“Defer large purchases until after the markets recover, and if you wish to keep traveling, travel on miles and points and choose cheaper destinations like Southeast Asia instead of Western Europe, or focus on camping around the U.S. instead,” Hester writes on MarketWatch. She also recommends considering a do-it-yourself approach instead of outsourcing.

Those already living on frugal means might not have much more spending to cut back. Instead, they should focus on generating additional income.

Ways to bring in extra cash can include renting out a home or room on Airbnb or picking up a fun side gig like dog walking.

The FIRE movement is all about ditching a the 9-to-5 corporate job and daily work grind. The movement doesn’t discourage individuals from working, but it does put an emphasis on meaningful work.

3. Save cash in emergency reserves

Todd Kunsman, who runs personal finance and investing website Invested Wallet, is part of the FIRE movement. Currently, he saves about 60 percent of his income. A portion of those savings are left in cash reserves in case of a job loss or opportunities for buying in a down market arise.

“A lot of people in the FIRE community have focused on high savings rates for these kinds of situations,” Kunsman says. “(It’s) another reason why I took advantage of saving as much as I can now.”

It’s impossible to time the market, or selling right before a market top or buying when stocks have hit bottom. A market downturn is difficult to predict, but by the time one happens, it’s usually too late to protect your investments from taking a hit.

Instead, investors should prepare for economic downturns and market turbulence well in advance by periodically rebalancing their portfolios.

Anjali Pradhan, a chartered financial analyst, or CFA, and former investment manager, has been living off her investments for the past 10 years. Pradhan admits the next downturn does worry her “a little.”

Every six to 12 months, Pradhan recommends rebalancing a portfolio to the original 60-40 stock-bond split so you are well-positioned for market movements, saying it “allows you to buy low and sell high.”

She also says being active in portfolios and diversifying your money in many different types of investments can help weather the turbulence. She recommends investing in index funds, or low-cost funds that track a broad stock market index, such as the S&P 500.

“The benefit to this is that different assets (stocks, bonds, etc.) behave differently in different market conditions, lessening the impact on any major market movements,” Pradhan says.

More on the FIRE movement

Under FIRE, most participants live modest lifestyles while investing as much as possible to achieve early retirement. The community recommends participants have an investment account balance equaling about 25 times their annual expenses to quit working early.

According to a survey by TD Ameritrade, 34 percent of the financially independent began their journey before age 30. The average age of achieving financial independence, in the survey, is 57.

Most folks make big life changes to make it happen. For example, the TD Ameritrade survey finds financially independent individuals put only 17 percent of their income toward housing, 7 percent less than what non-financially independent individuals are allotting. FIRE individuals also direct 16 percent of their income to savings and investments, compared with only 9 percent from those outside of the movement.

The lifestyle has created an intense subculture of Facebook groups, documentaries, subreddits, podcasts and blogs dedicated to Americans sharing their experiences while on the road to being financially free. Most participants pride themselves on being against the consumerist and work-horse culture encouraged in the U.S.

As FIRE has gained momentum, it has also faced harsh criticism. Suze Orman, a popular personal finance expert, has publicly expressed that she “hates” the movement and that it doesn’t set consumers up for success later in life, citing a lack of sufficient funds for protection “when the floods come.”

A common misconception of FIRE, though, is that participants are completely done with working once they achieve their investing goals. In reality, the movement encourages people to gain financial independence so they can stop toiling at unfulfilling jobs, mostly referred to as the boring 9-to-5 rigidness that comes with corporate America. The movement isn’t defined by the traditional concept of retirement of people quitting work entirely; it encourages people to accumulate enough assets so work can be optional.

In an article in MarketWatch, Hester outlines other common myths of the FIRE community. FIRE people don’t always take frugality to the extreme, and they do account for long-term risk in the financial markets, Hester says.

“Virtually everyone pursuing FIRE lives what looks like a pretty normal middle-class lifestyle,” Hester writes in an article on MarketWatch. “We spend on things we value, like travel and time with loved ones, and we eat normal food.”

When is the time to ‘unretire’?

Market volatility is inevitable. Those worried about an economic downturn destroying their financial stability should know there are only specific instances where you should “unretire,” or go back to work.

Christine Russell, senior manager of retirement and annuities at discount brokerage TD Ameritrade, says being strategic with your assets is a great way to plan for times when the market gets rocky.

Russell says a good rule of thumb is to use the 4 percent rule. She says if you need to liquidate, or withdraw, more than 4 percent of your portfolio each year to generate income, then you run an increased risk of depleting your assets early and running out of money.

“This is especially true for the members of the FIRE community, who have retired early and will need to live from their saved assets for even longer than the typical 30-year retirement income horizon,” Russell says. “So while a year of depleting assets at a more than 4 percent rate is no reason to panic, it’s important to stress test your income plan to make sure (your savings) will still last as long as you think.”

Hester says FIRE participants might want to use less than the typical 4 percent withdrawal rate. She adds that building in more cushion can help bring stability when people find themselves struggling after getting hit with unexpected large expenses.

But Hester says most FIRE people don’t end up going back to work because they run out of money.

“I’ve seen the most people ‘unretire’ not because they were worried about their finances, but because they found themselves aimless and bored in either traditional retirement or early retirement,” Hester says. “They focused so much on their financial plan that they forgot to think about what they actually wanted life to look like.”

But there’s a way around that, she adds.

“Fortunately, ending up in that position is avoidable if you take some time to think about what you truly want out of life and what that looks like while you’re also saving for retirement,” Hester says.