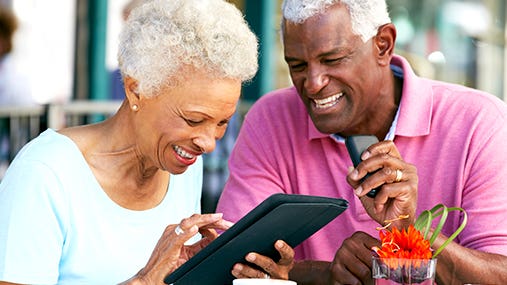 It’s the million-dollar question: What investments should retirees own to avoid running out of money in retirement?

Bankrate ran the numbers and came up with some general answers about the best retirement funds for the duration. But bear in mind: Past results are no guarantee of future returns. Your mileage may vary.

We asked investment research firm Morningstar to identify funds with equity income characteristics and winnowed the list to the 61 funds with a 20-year track record. These actively managed equity income funds invest in dividend-paying stocks with some potential for growth.

We wanted to see what would happen if a retiree took $40,000 withdrawals annually from these portfolios, increasing withdrawals at a rate of 3 percent per year. These portfolios were tested over a 20-year time frame, from 1994 to 2013.

In a second analysis, we looked at what would have happened to these portfolios if retirement began in 2000, when the stock market had reached a peak and would be poised to put investors through the ringer in the ensuing downdrafts.

In every combination, the Dividend Aristocrats portfolio creamed the competition. This table shows how it shook out.

As you can see, all the portfolios met with success, if success is defined as not running out of money over time despite taking annual withdrawals.

These hypothetical portfolios may have been great yesterday, but tomorrow is another day. Here’s why the results turned out the way they did and why they’re unlikely to look the same in the future.

The ultra-low interest rates and low inflation of the past five years have tamed the bull market in bonds — for now and the foreseeable future. Over the past 30 years, bonds contributed significantly to overall portfolio returns through interest income and even capital appreciation. But that kind of performance can’t be counted on in the future.

The average 30-year Treasury bond yielded about 3.67 percent in February this year. In 1994, the five-year Treasury yield reached nearly 8 percent. In today’s world, finding a unicorn may be more likely than running into similar bond yields.

“It’s hard to extrapolate bond returns where you can get 5 percent on a government bond in the future. It’s just not possible,” says David Blanchett, head of retirement research for Morningstar Investment Management.

“(We’re) not going to get that lucky over the next 20 years,” says Bankrate’s chief financial analyst Greg McBride, CFA, who ran the numbers for this analysis. “It’s more a matter of proper diversification and allocation in the long run, with an emphasis on equities to increase your odds of achieving the desired result.”

Stocks haven’t exactly been a slouch over the past 20 years, even with a couple significant and scary drops in the 2000s.

Dividends don’t seem like they’d play a big role in performance, but according to Standard and Poor’s research, since 1926 dividends have contributed about a third of the total return of stocks while capital gains have contributed two-thirds.

Rather than pocketing the payout, reinvesting dividends funnels more money into investments. That has a significant impact on returns over time because more money invested means greater compounding.

For retirees, dividend-paying stocks can fuel a long-term investment or provide a source of income. In these scenarios, dividends were reinvested at the end of each year, at which time a lump-sum distribution was made.

“In retirement, you need an income stream that is also inflation protected. A huge part of that is an allocation toward dividend-paying stocks. As the dividends increase, so too does the income stream,” McBride says.

Tilting toward value may pay off

Big, well-established companies are most likely to pay dividends. The price of their stock might not skyrocket, but investors get a regular payment in the form of dividends as a reward.

“If you use any kind of dividend strategy … basically you get a value strategy,” says Larry Swedroe, principal and director of research at Buckingham Asset Management in St. Louis.

A value stock is one that the market prices lower than a fundamental metric such as book value or earnings would suggest it’s worth. A paper in the early ’90s by Eugene Fama and Kenneth French posited that value stocks outperform growth stocks in the long run. But that doesn’t necessarily mean every investor should abandon every strategy but value.

“There’s mixed research on that. Generally, I’m of the philosophy that this is not pin-the-tail-on-the-donkey. You don’t have to pinpoint just one winner,” McBride says.

“No pun intended, but I think there is value to having value and growth in a long-term portfolio. One can outperform the other for an extended period of time,” he says.

Case in point: The late ’90s were great for growth but not so hot for value stalwarts. The tide turned as the tech bubble burst and value came back into style.

No matter what asset class is booming today, there’s another one ready to explode over the horizon. A well-diversified portfolio will benefit in nearly every market.

Index investing is great, but not perfect

When high-octane tech startups and growth stocks became the rage in the second half of the ’90s, the composition of market-cap-weighted indexes such as the S&P 500 shifted. Since the largest companies represent a bigger portion of that index, their performance carries greater weight than those of smaller companies.

“Especially in the late ’90s, the indexes themselves, the S&P 500 for instance, became bloated with certain sectors, i.e. telecom and technology,” says Dan Dingus, managing director and chief portfolio strategist at Fragasso Financial Advisors in Pittsburgh.

When the bloom began to fade in 2000, the index tumbled. “When the corrections happened, the index was beaten up. But those equity income strategies, and the Dividend Aristocrats, they didn’t have exposure to tech that the (S&P 500) index had,” Dingus says.

Because the Dividend Aristocrats are an equally weighted index, meaning all the companies have an equal representation in the index, it won’t get whipsawed as much by big price swings in a particular company or sector.

In another shift, in 2009 the representation of the financial sector in the S&P 500 shrank precipitously. “The financial industry in cap-weighted indices can shrink to 10 percent of the index while (the sector) is still 20 to 25 percent of the economy,” says Vitali Kalesnik, senior vice president and head of equity research at Research Affiliates, a firm specializing in indexing and asset allocation strategy.

That can be a downside of blindly following market-cap-weighted indices: You go where the market takes you.

“Indexing is a great step forward compared to your many active management options because you are paying fewer fees, but cap-weighted indices overweight overpriced stocks and underweight underpriced stocks,” Kalesnik says.

“You can maintain a lot of benefits of passive investing by investing proportionally to a company’s fundamentals, such as earnings, sales or book value,” he adds. “Investing based on fundamentals breaks the links between price, the current emotions of the market and the portfolio weight.”

It may take professional help to get the details right, but investing for retirement is a tricky business. The secret is to be less wrong on the downside and at least as right as the markets on the upside.

While finding the best retirement funds for the duration may not be a slam dunk, with enough savings and a little luck, a solid investing strategy can provide income for many years. It can even have you going to your grave a millionaire.