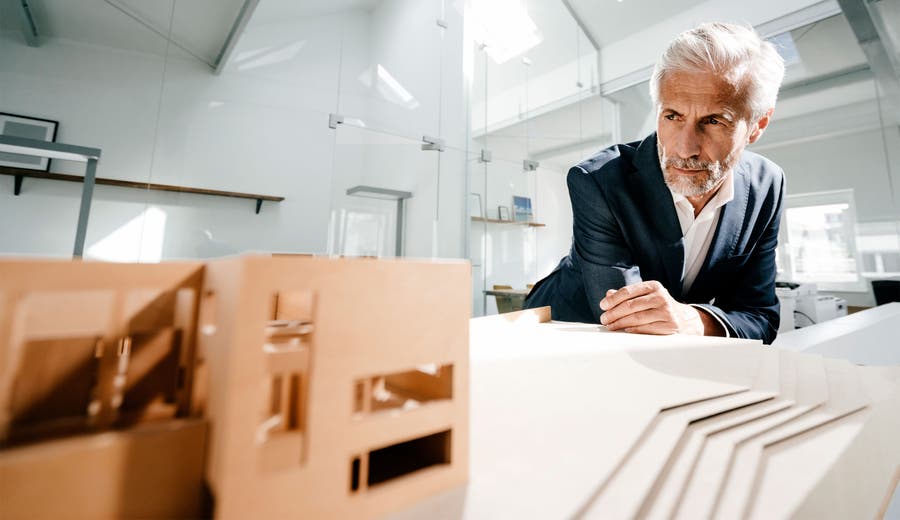 Steve Silberberg thought he would’ve “hit it big” and retired by now. He has a master’s degree from Massachusetts Institute of Technology, and after working as a software contractor for 25 years, he took the plunge to start his own business.

But more than a decade later, at 57 years old, he’s still working. Some days, he wakes up as early as 4:30 a.m. and doesn’t stop working until at least 6 p.m. When asked when he’ll finally be able to call it quits and retire, his answer is grim: probably never.

“I have to continue working, even now, just to make ends meet,” Silberberg says. “So it’s likely that I’ll be working until I die.”

Silberberg owns FitPacking, a small fitness and hiking business in Hull, Massachusetts. When he started his company in 2005, he hoped it would supplement his future, along with investments he casually made in the stock market.

But when the 2008 recession hit, Silberberg lost 70 percent of his invested funds and business came to a crawling pace. While he stayed optimistic about things turning around, they never did.

“I’m watching all of my peers around me retiring,” Silberberg says. “And I’m not.”

Although he may feel like an outlier, he isn’t. In fact, the number of retirement-aged Americans that are working is on the rise. In 2017, the labor force of Americans ages 55 and up accounted for about 23 percent of the average annual labor force. The Bureau of Labor Statistics estimates that by 2024, that percentage will increase to almost 25 percent.

A lack of savings and a change in benefits

Boomers didn’t end up here just because of bad luck with the stock market; they’re healthier and living longer, which means they need larger nest eggs. Unfortunately, they haven’t figured out exactly how much they’ll need.

When Bankrate asked Americans how much money they needed to retire, 58 percent of baby boomers didn’t know. Confusion surrounding unrealistic expectations of life expectancy and discomfort in managing their own investment products are hurting them the most.

Some Americans don’t make enough money to build savings — but most haven’t made saving a priority at all, says Nick Holeman, CFP at Betterment.

“Most people don’t like to admit that,” Holeman says. “But we live in a consumer culture and it can be difficult to turn down the new shiny gadgets.”

On top of a lack of savings, a study from the Consumer Bankruptcy Project explains how shifting trends in benefits, out-of-pocket costs and bankruptcy are contributing to rocky financial futures.

Additionally, increasing medical costs aren’t helping. Americans with Medicare funnel about 20 percent of their income to out-of-pocket medical spending, according to the study.

“The way it’s looking now, I won’t retire until I’m at least 75. You gotta do what you gotta do.”

These increased responsibilities are resulting in older Americans filing for bankruptcy at three times the rate they were in 1991. Today, one in seven bankruptcy filers are aged 65 years or older.

By the time these Americans file for bankruptcy, it’s too late. As put by the study, “they simply don’t have the enough years to get back on their feet.”

Retirees turning to the gig economy

The freelance economy, often referred to as the gig economy, has exploded. Freelance workers represent 35 percent of the U.S. workforce, and they earned around $1 trillion in 2016, according to a survey conducted by Upwork and Freelancers Union.

Data shows that retirees are tapping into the gig economy. Holeman says that, overall, it’s changing the way retirees view their future.

Self-employed workers ages 55 and up accounted for more than 25 percent of the self-employed workforce in 2016, according to the BLS. More than half of that group was 65 and older. Technology has lowered barriers of entry into part-time work; the idea of staying active and starting a second career is alluring, Holeman says.

A survey by Betterment found that 12 percent of side-hustlers will keep a side gig as their main source of income after retiring from full-time work.

Jim Logan of Pittsburgh is doing just that. Logan, who had a healthy retirement fund, lost most it after a franchise he bought into closed. Today, he serves as a part-time business consultant and drives for Uber. In total, he works around 50 hours a week, hoping to rebuild his retirement funds.

“The way it’s looking now, I won’t retire until I’m at least 75,” Logan says. “You gotta do what you gotta do. Plus, it keeps me active.”

Advice for those hoping to boost their nest eggs

For the boomers still pining to quit the daily grind but need a larger nest egg to do so, they still have time to catch up. Some may say they should hunker down and save as much as possible — but Holeman says they should do the opposite.

“A reason why they feel so scared and think they’ll never retire is because they’ve never run the numbers to figure out how much they actually need,” says Holeman. “It’s a complicated calculation — there’s life expectancy, and inflation, health care costs and what your investments will return — and when something seems new, or scary or unknown, we just pull away from it. And you don’t feel very motivated to go out and do that.”

Instead of panicking and forcing unrealistic savings expectations on themselves, Holeman recommends boomers still wanting to retire to take three steps:

Another tip Holeman shares for those working in the gig economy? Consider opening a SEP IRA to help your savings grow. With similar tax benefits to a 401(k), SEP IRAs can be opened by individuals with freelance (1099) income. These accounts generally have low or no annual fees.