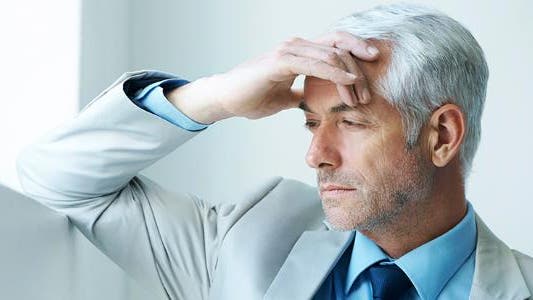 Our nation is nervous about retirement. More than a quarter of Americans, 28 percent, say that the specter of high medical expenses in old age worries them the most, according to a new survey by Bankrate.com.

The thought of running out of savings also gives people the jitters, with 23 percent of Americans identifying that as their biggest retirement worry, Bankrate’s survey found.

You can reasonably budget for living expenses, but longevity and health care costs are wild cards.

The scary cost of health care

Fretting about medical expenses in old age may be justified. A couple who retired in 2014 will need $220,000 to cover health care costs in retirement, according to a recent estimate from Fidelity Investments.

Among people over age 50, one-third are anxious about expensive illnesses or injuries. Just over a quarter of people ages 30 to 49 years old are worried, as well.

“What’s happening now is that Americans are very concerned. They are paying for more health care costs. People are realizing, ‘Wow, that can have a big impact on my budget,'” says Daniel Keady, CFP professional, senior director of financial planning at TIAA-CREF.

“One cause of running out of money could be high health care costs,” he adds.

Particularly worrisome is the cost of a debilitating illness or injury that requires a nursing home stay.

“The real uncertainly is long-term care,” says Richard W. Johnson, director of the retirement policy program at the Urban Institute.

Though there’s always Medicaid to fall back on, it won’t provide the lifestyle anyone would pick as a first choice.

“If you go into a nursing home and don’t have that much money, Medicaid will take everything … but you won’t be thrown out in the street,” Johnson says.

Not surprisingly, people ages 18 to 29 were half as likely to cite high medical costs as their paramount concern, compared with those over age 65.

On the other hand, younger people were twice as likely to say they fear running out of money in retirement — 33 percent compared with 16 percent of those over 65.

“One thing that was encouraging, when you look at people 65 and older: Relatively few were concerned that their savings will run out. They think they have accumulated enough money that, in combination with Social Security, they would be OK,” Johnson says.

People far removed from retirement age can’t really predict how much they’ll have saved, the state of the retirement system or even what retirement will actually be like.

The unknown is always scary.

People approaching retirement have more anxiety about how retiring will impact their standard of living than they do during retirement, says Gary Burtless, senior fellow in economic studies at The Brookings Institution.

“I think it’s completely rational for 25-year-olds not to know very much about what the risks and the opportunities are going to be when they reach 70,” Burtless says.

Why people don’t save more for retirement

It’s easy to understand why people worry about retirement. Less than half of working-age Americans even have a retirement account, according to the Survey of Consumer Finances from the Federal Reserve.

Most of the respondents to Bankrate’s survey say current responsibilities are a big impediment to saving more for retirement. They cite day-to-day expenses, family obligations or student loan debt as their main obstacles to saving for the future.

Nearly 1 in 5 respondents between 18 and 29 years old — 18 percent — say they are too swamped with student loans to save much for retirement.

That may not be a bad thing, according to Burtless.

“Let’s be clear: People under 35 or even 40 — is it rational for them to be saving for retirement at that stage? Well for some of them, it is. But for a lot of them, there are other targets for their savings that are more important in the short run,” says Burtless.

“For example,” he says, “your investment in yourself, in your schooling or your training is going to make a bigger difference to your well-being over the remainder of your life than what you save in a retirement account.”

People say they are concerned about Social Security disappearing, but their self-reported saving behavior doesn’t jibe with that belief.

Nearly a quarter of those surveyed say they don’t expect to receive any money from Social Security. Practically no respondents over 65 years old hold that belief, but 3 in 10 people under age 50 believe Social Security will have run dry by the time they file for benefits.

“Younger people are very likely to say they don’t think Social Security will be around when they get to be old. Now it’s a little hard to reconcile that view with the fact that they’re saving less than earlier generations at the same age,” Burtless says.

Though benefits may be reduced to some degree in the future, Social Security is unlikely to vanish, he says.

It’s hard to imagine a political reality that would deny benefits to people who had paid into the Social Security system throughout their careers. Strengthening the system wouldn’t require a major overhaul. According to experts, only a basic rejiggering would be required to right the course of Social Security if Congress acts now.

That would avert the bleak, dystopian retirement reality that younger people fear.

Methodology: Bankrate’s poll was conducted by Princeton Survey Research Associates International, which obtained the data via telephone interviews with a nationally representative sample of 1,003 adults living in the continental U.S. Telephone interviews were conducted by landline (500) and cellphone (501, including 284 without a landline phone) in English and Spanish from Jan. 22-25, 2015.