Some mortgages start out with a fixed interest rate, and then have a variable interest rate afterward. A 10/1 ARM is one example of this type of mortgage.

A 10/1 ARM lasts for 30 years. For the first 10 years the interest rate is fixed. Then, for the next 20 years, the interest rate can increase or decrease once a year depending on the formula stated in the loan agreement. This is what the “10” and the “1” refer to in the name of the mortgage.

Some mortgages have the same mix of fixed and variable rates, but swap from one to the other after a different initial period, or have more variable interest rates. A 10/6 ARM, for example, adjusts every six months after the initial period, not every year.

How does a 10-year adjustable rate mortgage work?

A 10/1 ARM is a hybrid mortgage – that is, a mortgage with a fixed period and a variable period. For the first 10 years, you will always pay the same interest rate on your mortgage. After that, your rate can fall or rise, depending on the general interest-rate trends.

ARM interest rates are composed of two parts. There is a “margin” rate, which is a base rate that always stays the same. To this is added an “index rate,” which will go up or down depending on the prevailing interest rates.

Competitive ARM lenders often offer limits as to how much your interest rate can increase during your variable period. You’ll often see this stated as three numbers – 2/2/5, for example. Each number represents the maximum increase over your initial rate your lender is allowed to charge at various points in your mortgage:

That’s dependent on when you close on the mortgage. If, for example, you closed your loan on July 1, 2022, the first rate adjustment will happen on July 1, 2032.

When this happens, the interest on your loan is recalculated, and the new monthly payment is based on the rate at the time, which could be either higher or lower than the initial rate or perhaps the same. The following year, your loan will adjust again on the same date, repeating this series of resets annually to the end of the loan.

What index does the 10/1 ARM mortgage use?

The mortgage rate will be the rate of the index, plus a stated margin. Adjustables in the past have been tied to the yield on 1-year Treasury bills, the 11th District cost of funds index (COFI) or the London Interbank Offered Rate (LIBOR). However, in the last year, LIBOR has been phased out in favor of a new index called the Secured Overnight Financing Rate (SOFR).

A 10/1 ARM has several advantages and disadvantages, just like any mortgage.

Whether a 10/1 ARM is right for you largely depends on the initial interest rate you can negotiate, and how long you plan to stay in your house. Interest rates for 10/1 ARMs are generally lower than fixed-rate mortgages, because your lender can adjust your interest rate after the first 10 years.

That might not be a problem for long, however, since the average home is sold every 13 years, leaving you just three years to pay your variable rate. For this reason, a 10/1 mortgage might make sense for a lot of homeowners who have no plans to stay in the home much beyond the fixed period of the loan, because they’ll enjoy the lower interest rate for a decade. 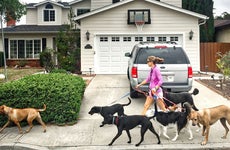 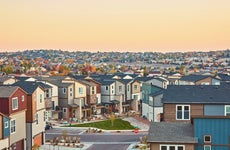 What is a 5/1 adjustable-rate mortgage (ARM)? 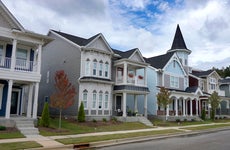 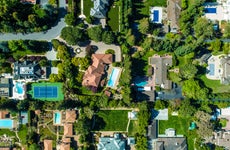 What is a 7/1 adjustable-rate mortgage (ARM)?