Even though getting a college degree is expensive, the economic returns are worth it. According to the U.S. Bureau of Labor Statistics, bachelor’s degree holders earn about 40 percent more a week than those with just a high school diploma. And that gap only widens with time. A report from Georgetown’s Center on Education and the Workforce found that those with a bachelor’s degree earn a median of 75 percent more throughout their careers than high school graduates.

However, not all careers are equally profitable. That’s why it’s important to evaluate the salary and career prospects for your major of choice before you enroll. This, in turn, will give you a better idea of how much you can afford to borrow to pay for school, among other things.

Average salary in the U.S.

The table below shows the most recent data on median earnings by educational attainment to illustrate the difference.

The major you choose to pursue has a big impact on your potential salary. In general, the more specialized a major, the higher salary potential it has in the job market. STEM majors also tend to earn more than fine arts and humanities majors, commanding six-figure salaries in many cases.

In general, salary increases with age and experience. Median salaries tend to rise until age 54, at which point they start to drop.

Average salary by race and ethnicity

Racial salary disparities have also persisted in the U.S. economy. White and Asian workers earn significantly more than Black and Hispanic workers at all levels of education.

Paying for a college education can be a tall order, but the returns are well worth it. If you’re looking to save money on your education, try applying for as many scholarships and grants as possible. Both of these are a form of gift aid, meaning you don’t have to pay them back.

Writer Cynthia Widmayer contributed to a previous version of this article.

SHARE:
Written by Heidi Rivera
Read more from Heidi
Heidi Rivera is a student loans writer for Bankrate. She began her journey in the personal finance space in 2018 and is passionate about collecting data and creating content around higher education and student loans.
Edited by
Helen Wilbers
Edited by Helen Wilbers
Helen Wilbers has been editing for Bankrate since late 2022. He values clear reporting that helps readers confidently land deals and make the best choices for their finances. He specializes in auto and small business loans.
Helen Wilbers 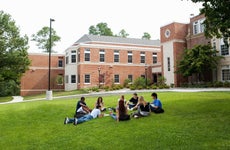 Is college worth the cost? 6 in 10 degree-holders think so. 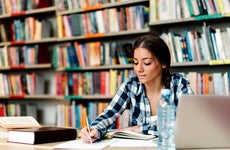 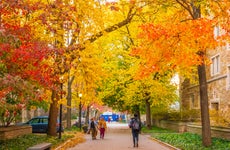 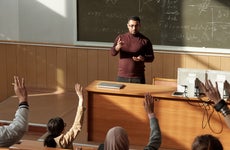