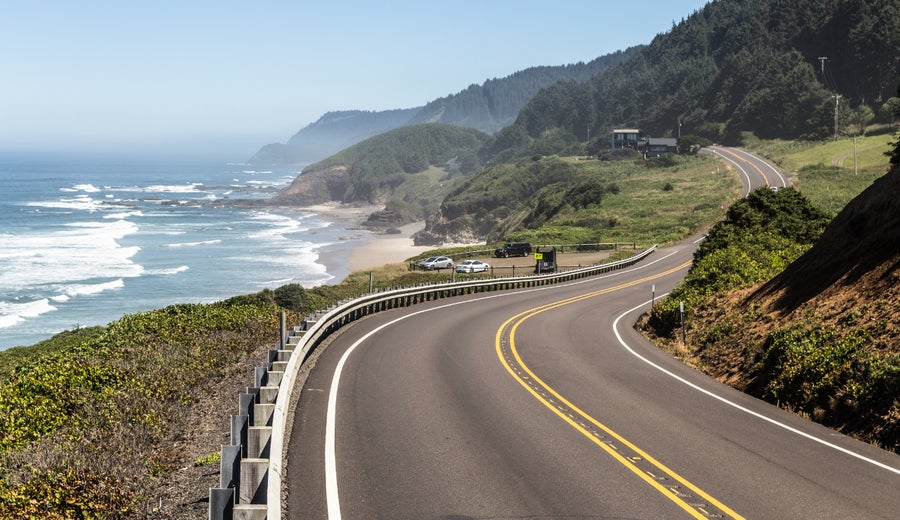 According to Oregon Driver and Motor Vehicle Services, more than 4 million registered vehicles occupy Oregon’s roads. A study conducted by the Oregon Department of Transportation recorded nearly 241,000 non-fatal and more than 3,480 fatal automobile crashes in Oregon between 2008 and 2017.

So, you can see why you need adequate coverage before you hit the road. Finding the best cheap car insurance Oregon has to offer for your specific needs requires a bit of research. When shopping for auto insurance, follow the advice offered by the Insurance Information Institute and the Oregon Division of Financial Regulation:

A.M. Best Rating Services rates insurance companies based on their financial strength and creditworthiness. Best gives USAA and State Farm an A++ (Superior) rating, its highest award. American Family earned an A (Excellent) rating from A.M. Best and PEMCO received a B++ (Good) rating. A.M. Best does not offer a rating for The Hartford.

Finding the right cheap car insurance in Oregon for you

When searching for the best car insurance Oregon drivers need to consider factors that may impact rates. Insurance companies rate policy prices based on a driver’s age, driving record, credit score and location, among other factors. According to The Zebra, a private organization that tracks insurance prices, Nationwide Insurance offers the best rates for people who are good drivers, with policyholders paying an average annual premium of around $640.

On average, Oregon drivers with low credit scores pay around $1,330 more per year for car insurance. The average annual rate for people with the worst credit can exceed $2,700 per year, so it pays to shop around if you fit into this category of nonstandard drivers. Based on The Zebra’s research, Country Financial offers the most affordable car insurance for people with poor credit, with annual premiums costing around $1,300.

Young people and folks with traffic accidents and speeding tickets on their driving records often pay through the nose for car insurance. For students age 16 to 25, Progressive comes out on top, with average 6-month premiums running around $855. Nationwide offers 6-month premium rates of around $990, the lowest among major companies, for people with at-fault accidents on their records.

In 2016, Oregonians paid an average of $622 for liability car insurance, $239 for collision coverage and $97 for comprehensive insurance, according to the Insurance Information Institute. That adds up to nearly $880 per year.

In its 2019 Oregon car insurance survey, The Zebra breaks down the insurance costs of driving in Oregon. Insurers offering the lowest annual car insurance premiums include:

Driving safely and avoiding speeding tickets can help you save money on insurance premiums. According to The Zebra, Oregonians with:

People aged 16 to 25 typically pay higher rates for car insurance. And in Oregon, teenagers pay around $300 more per year than their peers in other states. But when parents add their kids to their car insurance policy, they often can save thousands of dollars. For instance, a 16-year-old Oregon teen on a stand-alone policy pays an average annual car premium of nearly $7,650, compared to more than $5,300 paid by a teen on a parent’s policy. Rates for teens do not start to drop considerably until they reach 19.

Nonstandard drivers typically pay much higher rates than preferred drivers do. Drivers with:

Car insurance companies offer discounts to help you reduce your premium rate. Discounts vary by company, so ask about them when you shop for coverage. State Farm offers policyholders discounts for:

Oregonians can earn discounts with 21st Century Insurance if they:

Farmers Insurance rewards customers with discounts if they:

Oregon requires car owners to have a liability insurance policy that covers:

What is the cheapest car insurance in Oregon?

Car insurance rates vary, based on factors such as age, credit score and driving record. However, according to The Zebra, Grange Auto Insurance offers the most affordable overall rates in Oregon.

What do I need to get car insurance in Oregon?

To get a quote for car insurance Oregon insurance agents need to know about your driving history, where you live, your credit score, your age and the type of car you want to insure.

Does Oregon require car owners to have insurance?

Should I add my teenagers to my car insurance policy or get them separate policies?

Oregon teens can pay thousands of dollars more for car insurance on a stand-alone policy. To save money, it is best to add your teen drivers to your policy.