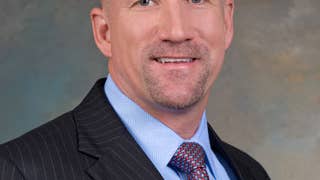 Last week, I wrote about a couple of strategies that enable retirees to draw income from an investment portfolio when interest rates on fixed-income assets are low and the stock market is unpredictable.

As investors approaching retirement seek safety in their entire portfolio, low yields may mean that some early retirees need to tap into pretax retirement accounts to supplement after-tax investment income.

Generally, individuals who are under age 59 1/2 will pay a 10% penalty for withdrawing from a retirement account if they are seeking income distributions. However, there are exceptions for early retirees — some more favorable than others.

Gary Plessl, co-founder of Houser and Plessl Wealth Management Group who wrote “The Book on Retirement” with partner Kevin Houser, gives a rundown of 3 potential strategies for withdrawing income and avoiding the tax penalty.

Under this particular section of the IRS code, individuals of any age can withdraw what are called “substantially equal payments” from their IRA or retirement account without paying a penalty. The kicker is that they must withdraw for 5 years or until they turn 59 1/2, whichever is longer. For example, a 56-year-old will have to withdraw at least until age 61; a 40-year-old will have to withdraw until age 59 1/2.

In addition, individuals are limited to 1 of 3 withdrawal methods, each of which is based on life expectancy. Bankrate’s calculator reveals the withdrawal methods and provides estimates of the yearly amount, depending on which method you choose and the amount in your IRA.

Due to the restrictions that lock you into a minimum 5-year period and a set withdrawal rate, Plessl says this strategy should be a last resort. For example, if you get a job during the 5-year period, the income from the job plus the IRA payments you’ve locked in may push you into a higher tax bracket. “I’ve seen that happen a lot,” he adds.

The same rules for 72(t) apply to most retirement accounts, but individuals who withdraw from a qualified plan such as a 401(k) or 403(b) after age 55 have a special exception not available with IRAs. If they no longer work for the company and were at least 55 when they terminated employment, early retirees are generally allowed to withdraw as much as they want, without being locked into a specific time period or withdrawal method.

For these reasons, Plessl prefers it over the 72(t) method for those who meet the qualifications. “A lot of people don’t know about this,” he says, “but it’s a lot more flexible than the 72(t).”

This method allows individuals to take what they need and potentially lower their tax burden.

While you’ll pay taxes when you convert all or part of a traditional IRA to a Roth IRA, there are more flexible rules regarding distributions from a Roth and the income will be tax-free. For 2015, a married couple filing jointly can have taxable income up to $74,900 and stay in the 15% marginal tax bracket. Plessl says if you are able to convert money from a traditional IRA to a Roth IRA and stay in that bracket, it is generally a good idea to do the conversion. “Having money available in a Roth IRA account gives you much more flexibility in managing your retirement cash flow tax-efficiently,” he adds.

For example, let’s say a couple requires $100,000 in annual income and they have $500,000 in after-tax investments and $1.5 million in pretax retirement accounts. They can first draw down the after-tax account, but in the meantime, convert enough from traditional IRAs into a Roth to stay within the 15% tax bracket and begin building a tax-free income stream to supplement or replace the after-tax investment income.

With the numbers used in this example, “a couple could convert about $95,000 a year into a Roth and stay within the 15% tax bracket, assuming no other taxable income and the standard deductions,” says Plessl.

The best method for drawing income from both after-tax investments and pretax retirement accounts requires a bit of planning. Check out this strategy for early retirement income using the “buckets” approach.