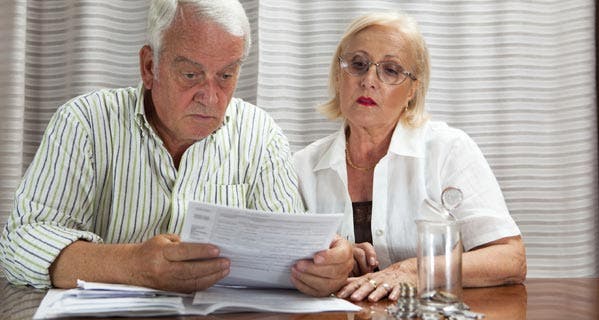 The Consumer Financial Protection Bureau (CFPB) recently released a consumer guide and advisory about pension advances and pension loans. The pension-advance companies offer retirees and veterans either a loan or a cash advance in exchange for all or a part of their pension payments. Paying back a pension advance or pension loan, plus the high interest and fees that loans and advances typically include, can threaten retirement security.

The CFPB has outlined recommendations you should take to protect your pension in retirement when considering an advance. They are:

1. Don’t give anyone access or control over your monthly pension payments.

Pension-advance lenders sometimes arrange for monthly payments to be automatically deposited in a newly created bank account and then debited to pay back the loan, fees and interest charges. This allows the company to withdraw payments and fees directly from your account.

2. If you’re asked to sign up for life insurance with the pension-advance company as your beneficiary, be cautious.

Pension-advance companies sometime require consumers to sign up for life insurance with the company as the consumer’s beneficiary. You could end up footing the bill for the insurance.

3. Don’t be fooled by patriotic-sounding names, logos or claims of government backing.

Some companies try to trick consumers into thinking that their pension-advance loan is endorsed by a federal or state government agency. Don’t fall for this.

4. Do look at other options.

If youre turning to pension advances because you’re having financial difficulties, consider getting financial coaching or counseling from a professional. Many nonprofit credit counseling agencies charge sliding-scale fees so consumers who need help can afford their services.

Pension benefits are typically quite secure so the primary reason for a pension-advance company to charge high fees and interest is to maximize their profit. There have been reports of companies charging 36 percent interest on a pension loan.

Since pension benefits end either at your death or with joint life benefits after the death of both people, the pension-advance company is looking for a life insurance policy to protect them against lending you money that they can’t collect on after your death. If you pay the premiums, you’re paying to protect the pension-advance company from the risk of you dying before they’re paid off.

Where it gets complex is that your loan balance should be declining over time. If the insurance benefit and premiums don’t decline with the declining balance, you’re paying for coverage you don’t need that may further increase the firm’s profits.

A military pension can’t legally be assigned to a third party. Structured Investments lost a class-action suit by 31 military retirees against it in 2011 for nearly $3 million, but shortly thereafter the firm declared bankruptcy and none of the victims received any restitution, according to the June 2014 AARP Bulletin article, “Beware of the Pension Predators.”

The article also states, “Although it is illegal for military and federal pensioners to assign or sell their pensions, companies skirt the law by having retirees deposit a hefty portion of their pensions into bank accounts controlled by the companies. The firms claim that the transactions are advances, not loans, and the payments aren’t interest.”

Pensioners look for a pension loan or advance loan when they’re up against it financially. Medical bills and taxes are two common reasons for why they look into an advance. Before entering into this type of transaction, pensioners should understand the risk and the costs, and make sure there aren’t other options to help them manage their financial crisis. One such option could be a home equity conversion mortgage (HECM) which is also known as a reverse mortgage.

In the ads that I’ve seen for these types of pension loans or advances, the firm says something along the lines of, “It’s your money, you’re entitled to it now.”

It is your money, but paying double-digit interest rates to get early access to the funds will shortchange you in retirement.

Would you ever consider a pension loan or pension advance?