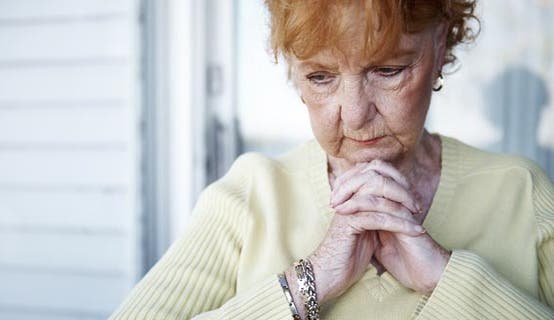 The best wedding gift a couple gets doesn’t come from any of the guests nor is it gift-wrapped. It comes from Uncle Sam in the form of Social Security, and the full benefit doesn’t arrive until much later in life when one spouse is dead.

“Spousal benefits get a lot of attention, but widows benefits can be a much bigger deal,” says Laurence Kotlikoff, author of the new book “Get What’s Yours: The Secrets to Maxing Out Your Social Security.”

Women collect a disproportionate percentage of widows benefits — 80 percent. But claiming these benefits — and getting the full amount to which someone is entitled — is a couple’s issue and ought to be part of the retirement planning of both men and women, Kotlikoff, a professor economics at Boston University, and co-authors Philip Moeller and Paul Solman argue. “People who don’t understand these rules are screwed,” Kotlikoff says, flatly.

Here are some basics:

How much is the benefit worth?

Survivor’s benefits can be as much as the deceased spouse’s actual retirement benefit, including up to four years of delayed retirement credits if the late spouse claimed at or after age 70. But they can be a lot less if the surviving spouse took benefits before full retirement age — 66 or 67.

There is also a penalty for filing for survivor benefits before the recipient’s full retirement age. It is calculated on a monthly basis, but it works out to a 28.5 percent reduction for someone who files at age 60. On top of this there is an earnings test, so someone who works while filing for survivor’s benefits will have their current benefits reduced, although they’ll be restored once that person reaches full retirement age.

If a widow’s late spouse took benefits before full retirement age, the widow may be subject to the retirement insurance benefit limit or RIB-LIM, which, according to Kotlikoff, dates back to to the post-Depression days when Social Security was first devised. It reflects the thought that older women need less money than older men because they can cook for themselves and, anyway, will probably live with their children.

The effect of the RIB-LIM rule is that under certain conditions, the survivor’s benefit will be 82.5 percent of the deceased’s full-retirement benefit, regardless of whether it is taken immediately or when the widow reached full retirement age. To get a full survivor benefit, inclusive of delayed retirement credits, the late spouse must have waited until after full retirement age to claim a benefit (and to die) and the widow must wait until her (or his) full retirement age or later to claim. This rule affects about 60 percent of widows, Kotlikoff says.

These days, when most women work and have workers’ benefits of their own, it is particularly important to understand the full range of benefits available and the order in which to take them to get their full value. It’s all about timing, Kotlikoff says, urging both spouses to consider survivor benefits while they are living and can plan for strategic claiming.

For most of us, this kind of planning isn’t a do-it-yourself project. You need expert help. Don’t just rely on the Social Security office to give you the straight story. Kotlikoff insists, “Forty percent of the time, they are wrong. The system is so complicated and written in a language that no one can understand. … The system is an outrage, and we should reform it because it is a nightmare for people who use it.”