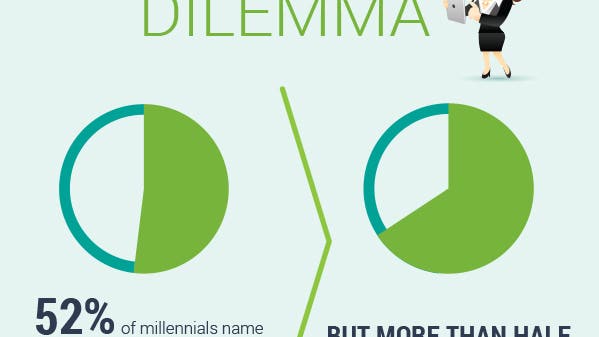 Chances are your adult children may take your help when money is tight, but at the same time, they probably don’t want your financial advice.

A new study from Fidelity Investments reports that 33 percent of millennials — average age 30 — say they trust financial advice from their parents the most, but 27 percent say they share no details of their financial life with them.

Nevertheless, two-thirds of millennials surveyed say they believe it is more acceptable than it used to be for adult children to move back home after college, and 32 percent admit that they are more financially dependent on their parents than their parents were at the same age.

This jives with an Experian Consumer Services study released earlier this year. It found that 75 percent of millennials would ask their parents to cosign for them if they couldn’t get a loan and 77 percent thought their parents would agree.

How to communicate with your grown kids

If this sounds familiar, what should you as a boomer parent be saying to your millennial children to help them achieve financial independence and prepare for retirement — even though you may have limited credibility with your offspring? Kristen Robinson, senior vice president, Women and Young Investors at Fidelity, offered these suggestions: