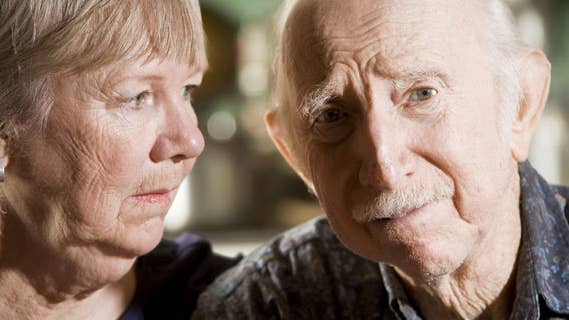 It’s official: Social Security has announced that there will be no cost-of-living adjustment, or COLA, in 2016. That means no raise for Social Security recipients and others whose benefits are linked to the COLA.

Social Security’s Trustees mentioned in their report, released in July, that this was likely to be the case, but it was confirmed Thursday. Besides 65 million retired and disabled workers, spouses and children collecting Social Security, others who can expect a zippo increase in 2016 include disabled veterans, federal retirees and their survivors, and those on Supplemental Security Income, or SSI, the disability program for the very poor.

Since the mid-’70s, the Social Security Act has provided for an automatic increase in Social Security and SSI benefits if there is an increase in inflation as measured by the Consumer Price Index for Urban Wage Earners and Clerical Workers, the CPI-W. The calculation compares the 3rd quarter of the previous year with the 3rd quarter of the current year. The Bureau of Labor Statistics arrives at the numbers by looking at a range of goods and services and determines whether the prices have gone up. This year, the answer is “no.” Labor officials determined there was no increase in the CPI-W over that time frame. In that case, the law says, there will be no COLA-driven raises in 2016.

The consequences of no COLA are widespread. For instance, there will be no increase in the amount of earnings subject to wage taxes — the Social Security cap will remain at $118,500. Caps on tax-advantaged savings plans like IRAs and 401(k)s also are likely to remain unchanged from 2015, although the IRS hasn’t announced that yet.

The law also triggers a “hold harmless” provision that protects about 70% of Social Security recipients who pay for their Part B Medicare premiums by having them deducted from their Social Security. Medicare participants who aren’t covered by the hold harmless provision because their Part B isn’t subtracted from their Social Security will feel the pinch. This group includes people new to Medicare in 2016, federal retirees who don’t receive Social Security payments and about 3.1 million people with higher incomes (above $85,000 for individuals, or $170,000 for couples). They can expect their Part B payments to rise about 52% in 2016. While the U.S. Department of Health and Human Services hasn’t announced this officially, Medicare actuaries predicted in July that the standard premium for beneficiaries not protected by the hold harmless clause would rise next year to $159 a month from the current $104.90.

The Washington Post reported that 70 groups representing Medicare recipients have been lobbying Congress for months to stop this increase. Two bills blocking the increase have been introduced in Congress: S. 2148, sponsored by Sen. Ron Wyden, D-Ore., and H.R. 3696, sponsored by Rep. Dina Titus, D-Nev.

Read more about the problems that Medicare faces. Will Congress do something about it? Who knows, but next year is an election year and that’s a huge number of voters to anger.