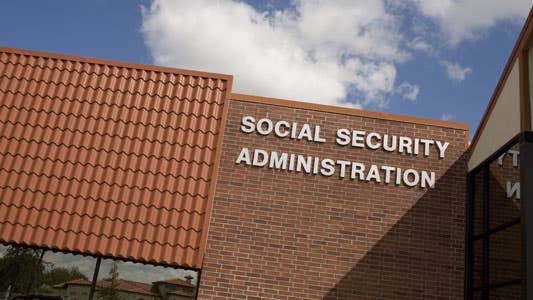 The government Monday released its 74th annual Trustees’ Report on the finances of Social Security.  The prognosis is stable for now, virtually unchanged from last year, but uncertain down the road.

The bottom line for the 95 percent of Americans who are either claiming or who will be eligible to claim Social Security: The combination of payroll taxes and interest income on surplus payroll taxes invested in U.S. Treasury bonds plus the surplus itself is enough to pay what is owed recipients in full through 2033 — 19 years from now.

Someone who is 62 years old in 2014 would be age 81 by the time Trust Fund reserves are exhausted. At that point, the Social Security trustees predicted in this year’s report that payroll taxes alone would be enough to cover 77 percent of promised benefits.

Theoretically, that could mean that some current retirees could face a Social Security benefit haircut of 23 percent toward the end of their lives. To someone receiving today’s average benefit of $1,231, that would mean a cut of about $283 a month in current dollars.

Should you be fearful? No. Don’t worry. It’s unlikely to ever come to that.

Congress: Make this a priority

In the first place, it’s not all that hard to fix the problem. Donald Fuerst, senior pension fellow at the American Academy of Actuaries, has been updating the Academy’s Social Security game that lets anyone juggle various ways to fix Social Security’s potential shortfall. Give it a try; it’s kind of fun. Whether you raise the payroll tax rate by a percentage point or two, raise the age of eligibility by a year or two, or raise the cap on income to be taxed well above the current $117,000 — or some combination — a balanced result can be achieved remarkably easily. All it takes is for the U.S. Congress to pick a plan and vote yes.

But as Fuerst says, “The Congress doesn’t seem to want to take on difficult issues. They keep looking for gimmicks and easy ways to solve problems temporarily rather than fixing the long-term problems.”

If anyone should be concerned about changes to Social Security, it is probably people who are 15 to 20 years away from retirement — “the people retiring right about the time the trust fund runs out,” Fuerst says.

If you are much older than that, he says, “It is unlikely that Congress will cut benefits for people already retired. Those people are OK.”

If you are in your 20s or 30s, “You have a lot of time to adjust,” he says. By adjust, he means you should add more money to your retirement accounts.

But if you are 40 to 55, “These are the people who would be most affected and have the least time to react.”

If there’s a looming shortfall in the family budget, wise people make the necessary adjustments as soon as possible to ensure that they remain solvent. That is what Fuerst thinks Congress should do.

“Putting off fixing Social Security just makes it a much harder adjustment. If we wait for 19 years to fix it, the tax increase or the benefit cuts necessary will be very substantial. If we deal with it sooner rather than later, we can do it with smaller adjustments,” he says.

So, write to your Congressman. Give him (or her) a swift kick of encouragement to fix Social Security now.