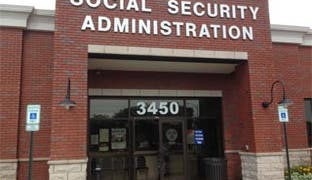 The relatively small increase in 2015 reflects the continued slow growth of the economy. It is based on the increase in the CPI-W, the Consumer Price Index for Urban Wage Earners and Clerical Workers, from the third quarter of 2013 through the third quarter of 2014.  It measures changes in the prices of goods and services, such as food, housing, clothing, transportation, energy, medical care, recreation and education. An annual cost of living adjustment was instituted in 1975 when inflation was high. The highest increase ever given — 14.3 percent — was in 1980. Since the bottom fell out of the economy in 2007, cost of living adjustments have been modest, and in 2010 and 2011 there were none.

How our social programs are funded

Social Security and Medicare are paid for by a 7.65 percent tax levied on both workers and employers. Self-employed people pay both — a total of 15.3 percent. The amount of income on which the Social Security portion of the tax is levied is also affected by the COLA. So the income subject to tax will increase from $117,000 to $118,500 beginning in January 2015. This will affect about 10 million of the 168 million workers who will pay Social Security taxes next year, according to the Social Security Administration.

The Medicare portion of the tax is 1.45 percent on all earnings. People with earned income of more than $200,000 ($250,000 for married couples filing jointly) pay an additional 0.9 percent in Medicare taxes on the income above those thresholds.

It requires 10 years or 40 quarters of work to qualify for Social Security. A worker will have to earn a minimum of $1,220 a quarter in 2015 to get a Social Security earnings credit.

If you are receiving Social Security disability, the amount that you can earn while continuing to receive benefits will rise in 2015 to $1,090 per month unless you are blind. Then you can make $1,820.

The Part B cost of Medicare, which is subtracted from Social Security recipients’ monthly payments, will be unchanged at $104.90 a month.

The COLA also affects disabled veterans, federal retirees and their survivors, and people who get Supplemental Security Income, the federal disability and old-age program for those who don’t qualify under Social Security.