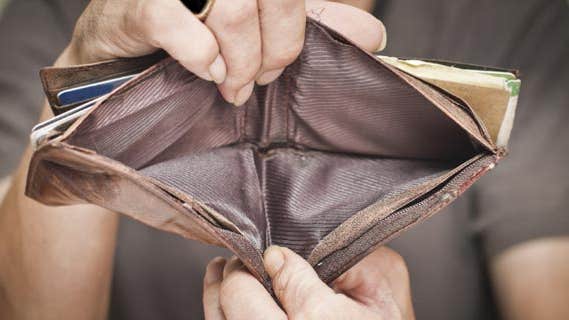 The gap between what U.S. households need for retirement and what they have has grown in the last five years from $6.6 trillion to $7.7 trillion — mind-numbing numbers that don’t mean much until you look at individual savings levels compared to the reality of what it takes to pay the bills in retirement.

Then you realize, most people will have to work until they drop.

Alicia Munnell, director of the Center for Retirement Research at Boston College, which calculated the retirement income deficit figure, testified Thursday about it before the  U.S. Senate Special Committee on Aging. She warned that things are only going to get worse for these reasons:

What makes it worse is that Americans are saving less today. The average working U.S. household has virtually no retirement savings. The median retirement account balance is $2,500 for all working-age households and $14,500 for near-retirement households, according to the 2013 Survey of  Consumer Finances from the U.S. Federal Reserve.

If you recognize yourself in these statistics and you are approaching retirement, Munnell advises taking these four steps:

I find these conclusions depressing — and downright scary for my mid-30s children who seem to have gotten a later start in life than I did and who don’t have an old-fashioned defined-benefit pension to augment their 401(k)s and Social Security benefits. I’m working on having enough left to help them out when they are my age.

Here are four ways to stretch your Social Security.