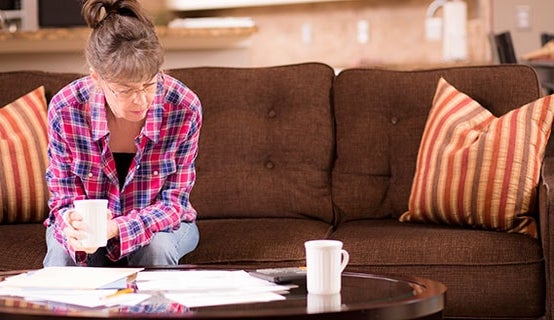 The prospect of poverty in retirement worries women — for good reasons. Women are 80% more likely than men to live in poverty once they reach 65. By the time they turn 75, they are 3 times more likely to be impoverished. Widowed women are twice as likely to face poverty compared to men, according to a study released today by the nonprofit National Institute on Retirement Security, or NIRS.

“As people age, the difference in household income between men and women gets wider and wider,” says Diane Oakley, NIRS executive director and co-author of the new report, “Shortchanged in Retirement, Continuing Challenges to Women’s Financial Future.”

The report, which analyzes 2012 U.S. Census data, points out that:

What women can do

If you’re a woman and these statistics sound familiar, there are at least 2 important things you can do about it, Oakley says.

Don’t decimate your own 401(k) plan. Too often women leave a job, take their retirement savings and spend it on children or paying off debts, she says. “Every time you cash out a plan, you lose these ‘first dollars.’ Too many women don’t realize that another 30 years of compound interest can provide them with a substantial retirement benefit.”

Don’t let your spouse spend his 401(k), either. There are no protections for spouses when a worker leaves the job and takes a 401(k) with him. While the Retirement Equity Act of 1984 requires spouses to give written consent before a worker chooses a distribution plan from a defined benefit pension that affects the spouse’s future income, the law doesn’t stop a worker from making unilateral withdrawals from a 401(k) plan during his working years. “Sit down with your spouse and make sure that what is going to come out of his 401(k) plan is going to provide for you, too,” Oakley says.

Beyond that, Oakley urges women to tell their elected representatives that they want them to support strengthening Social Security rather than cutting it because it is a significant source of income for women, especially those older than 70. “People are already going to face another cut when Social Security’s full retirement age goes up to 67” (for people born in 1960 and later), she says. “How much more can we cut back when the average family just doesn’t have the resources to save?” she asks.

She also thinks women should support state and federal programs that make it easier for people to save for retirement. “People know there is a retirement crisis and they can’t fix it on their own. They aren’t empowered to go to their employer and say, ‘Give me a retirement plan.’ So we need our government to do it for us.”