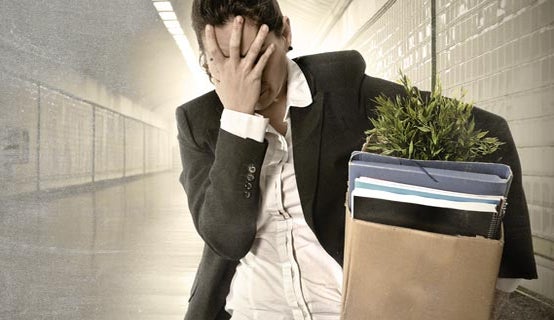 Retirement snuck up on my friend. I’m watching her figure it out and think the rest of us have things to learn from her surprise and pain.

I’m not going to use my friend’s real name — I’ll call her Sally — because she would be mortified, and the insights I’ve gleaned are true for anyone.

Sally and I have been friends since we were both pregnant for the first time nearly 40 years ago. We met at a party, sat down in the overstuffed chairs and were too fat to get up again — so we talked. Four decades later, we’re still talking.

For the last 25 years, Sally’s worked for a major company. She’s 67 and could have retired five years ago, but she loved what she did and the money was good. Why quit?

At the end of 2014, two days before Christmas, her boss called her in and said they had eliminated her job. The company assigned a security guard to make sure she didn’t walk out with the furniture — or whatever — and escorted her and her boxes to the car. It was unnecessarily cruel, but it happens to a lot of aging workers — even competent ones — who wear out their welcome.

4 ways to protect yourself

I always thought Sally managed her money pretty well, but there are some things she just didn’t think about until she came to the end of steady paychecks. Here are four things to consider before facing an unexpected retirement.

Don’t delay signing up for Medicare. Sally is eligible for the Consolidated Omnibus Budget Reconciliation Act, or COBRA, but taking it for long isn’t a good idea because of an obscure Medicare rule. Anyone who has delayed taking Medicare past age 65 because they were otherwise covered by insurance, gets eight months to sign up after they leave the job. If instead they choose COBRA and let it run past eight months, they’ll be penalized. They won’t be able to sign up for Medicare coverage until open enrollment, probably leaving them uninsured for several months, and they’ll pay a Part B penalty for the rest of their life. Sally is taking COBRA for a couple of months so she can rely on her current insurance — which is better than Medicare — while she wraps up some key medical issues, then she’s switching promptly to Medicare. It came as a surprise that she couldn’t hang onto her previous insurance, and she’s not happy about it, but that’s the way it works.

Figure out your income picture ahead of time. Sally’s employer used to offer an old-fashioned defined-benefit pension, but her company froze it more than a decade ago and traded it for a cash-balance plan, which converts to an annuity when an employee retires. It’s complicated, and the human resources department at her former company doesn’t deal very often with people in Sally’s situation. Most people haven’t worked there long enough to have both plans. Getting the straight story on how much money she can expect every month and when it will start to arrive in her bank account hasn’t been easy. Digging out records and being persistent helps, but it probably would have been a lot easier to get it straightened out if she had persuaded personnel to clarify her situation before she left the company.

Negotiate an exit deal. It’s natural when a company lets you go to be too shocked to ask many questions. Mustering enough presence of mind to ask about severance and eligibility for unemployment insurance while you are sitting in front of a person who has input into that decision will ease your transition and improve your financial situation. Don’t just take the first offer. The magic words to get the discussion rolling are, “Is that the best you can do?”

Get advice on structuring income for cash flow. When you’ve spent your whole life creating a nest egg, it’s hard to even think about spending it. Even if you decide to manage your money on your own, getting expert advice initially about setting up investments that provide regular income is smart and can reduce the natural agita that my friend Sally and lots of other people have about living sans paycheck.