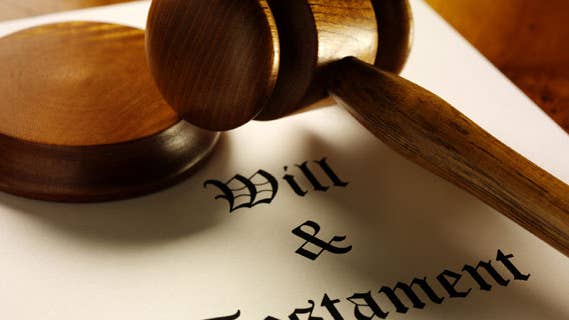 Here’s why it is important to keep your will up to date and store it in an easy-to-find location — especially if you have gone through a divorce.

A court decision last month by the New York Court of Appeals prompts this warning. It sent me scrambling to make sure that the wills my current husband and I put in place a few years ago are up to date and where they are supposed to be.

The facts of the case

Robyn Lewis died in 2010, 3 years after her divorce, without leaving a will. Under New York law, because Lewis didn’t have a spouse or children, her parents became her heirs. But they “renounced their interest” in Lewis’ Clayton, New York home, which had been in the family for generations, so that it could go to her brothers, adding another layer of complexity to an already messy situation.

In the meantime, her ex-husband, who lived in Texas, learned about Lewis’ death 8 months after the fact. He and his ex had executed four “mirror” wills when they were married. Mirror wills are essentially identical, where spouses leave everything to each other — a common arrangement among married couples. A copy of that will, dating from 1996, was stored in her former mother-in-law’s dresser drawer. The ex-mother-in-law gave it to her son, who took it to an attorney.

His status as ex-spouse and executor rendered him disqualified, but the will left his father, Lewis’ former father-in-law, as the alternate executor and beneficiary. According to New York law, the ex-father-in-law was not disqualified. He filed the old will on behalf of his son, the ex-husband.

It gets more complicated. A friend of Lewis’ testified that she once saw a subsequent will that revoked all prior wills, but no one was able to find it. The case went through several appeals and, ultimately, the New York State Appeals Court — the state’s highest court — sent the case back to a lower court to review the issues and reconsider the decision that the house should go to the ex-husband instead of Lewis’ family.

Fatoullah says this case offers two strong lessons to anyone concerned about who gets what’s left.

Have an up-to-date will. “Every few years — and every time there is a life event like marriage, divorce, birth, death — an individual’s estate plan should be reviewed,” Fatoullah says.

Know where the original will is kept. If a will goes to probate and no signed original can be found — particularly if the will is contested — the probate court is very likely to throw it out and revert to a prior will, or the state’s laws of administration will distribute property according to custom. “You may have wanted to leave your estate to a friend, but the court may give them to a distant relative,” Fatoullah says.

Here’s some good advice about storing your last will and other estate documents.