No more Social Security at 62? 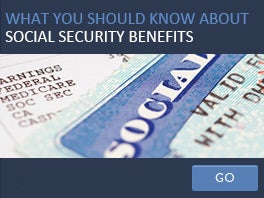 The Social Security Board of Trustees released its annual report Friday on the financial health of both the retirement and the disability trust funds.

Other statistics from the report that you might find interesting include:

A few days prior to this announcement, Donald Fuerst, senior pension fellow at the American Academy of Actuaries, testified before the U.S. Congress about Social Security’s pending shortfalls. He said that in 1940, when the new Social Security Administration began paying monthly retired-worker benefits, the retirement age was 65. At that time, workers who survived to age 65 had a remaining life expectancy of 12.7 years for men and 14.7 years for women. By 2011, life expectancy at age 65 was 18.7 years for men and 20.7 years for women, an increase of six full years for both.

In 20 more years, life expectancy at age 65 for men is expected to be more than 20 years and more than 22 years for women, Fuerst pointed out.

The bottom line: If something doesn’t change, we won’t have enough money to pay the Social Security that is promised, a retirement planning disaster.

Fuerst offered Congress several suggestions for fixing this problem. His most controversial idea is probably raising the minimum age for collecting Social Security from 62 to at least 64.

Here’s what he’d also do to make an increase in retirement ages less painful for workers:

Will a plan this complex and drastic ever wend its way through Congress? Fuerst thinks it should, but he isn’t optimistic. “It isn’t going to be easy; there are too many competing interests,” he says.