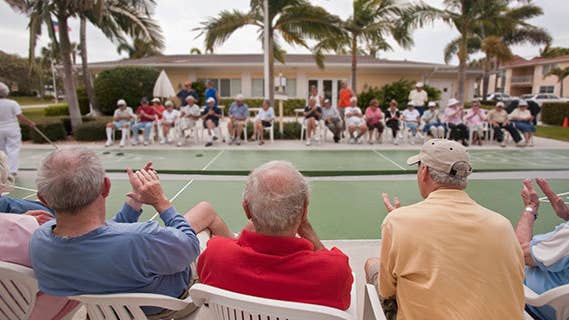 Take a stab at answering these 3 basic questions about managing money in retirement:

New York Life asked a representative sampling of adults age 40 and over with household income of at least $100,000 to answer these questions and found — not surprisingly — that retirees had different answers than did those who were nearing retirement but not there yet. It also learned that a large number of people have unrealistic ideas about how much savings they will need in retirement and how they will manage what they have.

One thing that impressed New York Life was the level of sophistication survey respondents demonstrated by their answers this year, compared to answers given 10 years ago. “I think that we have done a pretty good job improving the education around retirement planning,” says Dylan Huang, managing director, New York Life.

Nevertheless, there were a few responses to the questions above that left Huang and others at New York Life saying, “Huh?”

Question 1. The correct answer is less than 5%. The study found that overall, 15% thought they could spend 10% to 14% of their nest egg and not run out of money prematurely. Another 27% thought they could spend 5% to 9% without running short. “Between 5% and 9%, you can say it’s circumstantial for some people,” Huang says, “but anything beyond 10% is (attributable to) a severe lack of education.”

Question 2. There is no correct answer. If you are lucky enough to have an old-fashioned, defined benefit pension, you’re likely covered. If you don’t, spending some of your savings on guaranteed income such as an annuity could be a good idea. In all, 21% of those surveyed said they were very interested in purchasing guaranteed income, and another 36% were somewhat interested. Huang says that’s double the number who were interested 10 years ago. “Fewer people have pensions, and they are less confident in Social Security. They are starting to realize that we live in a do-it-yourself world.”

Question 3. It depends. Some 39% of retirees say they are aren’t touching their nest eggs. Instead, they are getting by on Social Security, pensions, interest and dividends, and other steady sources of income. Another 39% are saving money during retirement. Pre-retirees don’t believe they will be able to afford to take that approach, with 37% expecting to spend what they’ve got. Huang says he thinks this reflects the large number of retirees with pensions, as well as the frugality of the Greatest Generation and some older boomers who have seen hard times and are more committed to saving than younger people are.

If you think that these retirees are being unnecessary parsimonious, consider this. The Federal Reserve Bank of Chicago recently cited a study saying that by age 100, average medical expenses not covered by insurance, Medicare or Medicaid are $17,700, which is more than the average income for most people that age.

No doubt about it, getting old is expensive and figuring out a strategy for managing what you’ve got so it will last is a top-of-the-list priority.

When does it makes sense to take money from a Roth for purposes other than retirement?