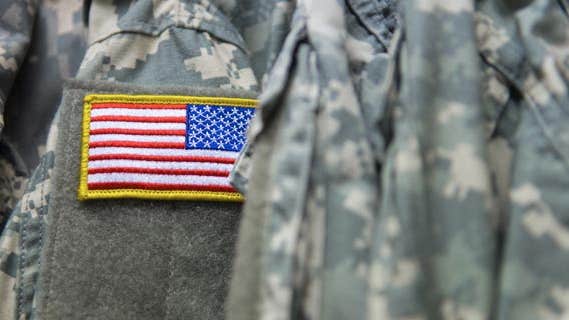 As Congress struggles to pass a budget before it adjourns for the holidays, the expensive military retirement system is again front and center.

The current retirement scheme is an old-fashioned, defined-benefit plan that vests military personnel at 20 years of service. At that point, active-duty veterans are eligible to receive an immediate annuity based on a formula equal to 2.5 percent of their three highest years of basic pay — known in military parlance as “high-3 pay” — times their number of years of service. Reservists must wait until they are 60 to claim.

The current plan was devised shortly after World War II. While this system might have appeared affordable 60 years ago, times have changed. The current plan is not only expensive, it also fails to adequately serve the majority of military employees.

Most get no benefits

Some 86 percent of enlisted personnel and 66 percent of officers receive no retirement benefits because they don’t stay in the service for 20 years. And other retirement savings plans aren’t as robust as employees in the private sector might find. Members of the military can, for example, participate in the Thrift Savings Plan for federal employees, but there is no government match.

A Department of Defense-commissioned study of retirement plan options released to the public this week offers reform options. The proposals would provide some retirement benefits after about a dozen years of service and could generate cost savings of between $1.8 billion and $4.4 billion a year, according to the study.

First Command Financial Services, a financial planning service for military families, surveyed mid-level military personnel and found that about half are in favor of at least one of the Defense Department’s proposed reform plans. Among senior non-commissioned officers and commissioned officers in pay grades E-6 and above with household incomes of at least $50,000, some 46 percent told First Command they support plans that feature smaller monthly retirement checks, plus a lump-sum transition payment immediately upon retirement.

‘Other employees don’t get shot at’

Many military families don’t understand the impact of the proposed changes, says Scott Spiker, CEO of First Command. “These proposed plans are only as good as the self-discipline people have. They take their retirement money and spend it on houses and cars and then where are they going to be?”

Spiker believes that some kind of reform is inevitable because the current military retirement plan is too expensive. “The military is facing the same problem as the rest of society. We are over-living compared to a time when people didn’t live as long,” Spiker says. “The cost of supporting retirees is eclipsing the cost of military active duty.”

But he believes the retirement picture is different for military personnel and their families than it is for others. “Other employees don’t get shot at. They don’t spend nine months away at sea. Most jobs don’t put the same arduous demands on spouses and families as the military does.”

No matter what reform looks like, Spiker thinks the most critical issue is timing. “Do only the new guys get this or is it all of the people who have been in fewer than 10 years or is everybody affected?”

Reform will set a precedent

Where this decision falls is particularly important, he says, because it will set a precedent for other federal employees and ultimately have an affect on private sector employees — especially, if promised benefits are reduced.

“Once you pierce that veil for the military, will anybody anywhere be able to count on guarantees?” he asks.