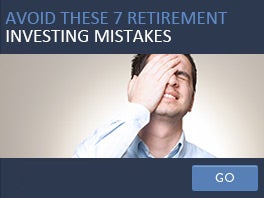 If you have a half-million dollars or more, your outlook on retirement is likely sunnier than if you have less, according to a survey by Maritz Research, a marketing consulting firm. The company conducted an online survey of 500 recent retirees — those who retired within the past three years, as well as 500 near-retirees — those who plan to retire within five years.

Among those who have not yet retired, just 35 percent who expect to have assets of at least $500,000 worry about having enough money to last through retirement, compared to 54 percent of near-retirees who have less than that amount.

Those who already have retired within the past three years seem to feel more secure overall, with 20 percent of the more affluent concerned about having enough to last through their lifetime. Nearly twice as many retirees who have less than $500,000 (39 percent) expressed concern.

“Recent retirees are more optimistic regarding their financial security than near retirees, perhaps because they have made decisions and removed the uncertainty,” according to the study.

Nearly two-thirds of retirees work with a financial adviser, and most of them hired one before they retired. More than half of the imminent retirees (57 percent) work with an adviser now.

Even though I’m a generally positive and hopeful person, I sometimes get the retirement jitters — that feeling of anxiety that accompanies the thought that no matter how much my husband and I save, it won’t be enough. It’s an occupational hazard. I read retirement news all the time, and am hyper-aware of all the warnings coming in about the need to have an extra quarter-million dollars for health care costs, in addition to a colossal nest egg that will last 30-odd years.

To calm my nerves, I meditate, take long walks at night and practice yoga. But probably the most worthwhile action my husband and I took recently was visiting a Certified Financial Planner professional to get a retirement-readiness assessment.

She ran our numbers through various scenarios and Monte Carlo simulations, which attempt to account for all the unpredictable stock market moves that can happen over the years. The upshot: The worst-case scenario is that we’ll run out of money when we’re in our 80s. The best case scenario has us leaving a significant legacy for heirs.

That’s the problem with not knowing all the variables such as market returns, inflation rate, how long we’ll live, how well our investments will do, how our health will hold up, etcetera. Uncertainty fuels retirement planning angst.

Even so, since that meeting, I feel pretty good about our prospects. But when I make the transition from near-retiree to already-retired, I suspect I’ll feel even better.

Barbara Whelehan is a co-author of “Future Millionaires’ Guidebook,” an e-book for Gen Y written by Bankrate editors and reporters. It is available at Amazon, Barnes & Noble, iBookstore and other e-book retailers.