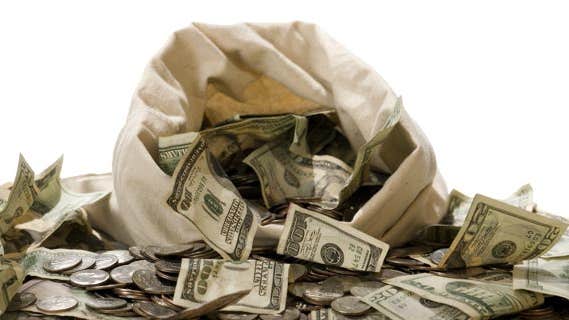 Here’s a proposal to reform Social Security that I think might be wildly popular because it gives people a lump sum at an age when they are likely to be around long enough to enjoy it.

The idea comes from Olivia Mitchell and others at the Pension Research Council. Mitchell is director of the council and professor of insurance and risk management at the University of Pennsylvania Wharton School.

Mitchell and company came up with two scenarios that add a twist to the progressively higher benefits Social Security beneficiaries currently get for waiting to claim.

In the first scenario, a recipient who claimed at first opportunity — age 62 — would get the discounted amount, for example $1,500. By waiting a year until age 63, that person would continue to get the discounted payment, but they would also be able to claim a cash bonus of $20,208. This bonus would grow every year they delayed.

Mitchell says that adopting either one of these ideas wouldn’t cost Social Security any more money than it is already committed to paying out. “From a long-term financing point of view, it really doesn’t help or hurt the system,” she says.

But her research shows it does encourage people to delay claiming, which she believes is a good thing because they work longer and that reduces the amount of time they are dependent on both Social Security and other retirement savings, increasing their long-term security.

“You get a lot of delay by people who otherwise would have been likely to claim early,” she says. “When people delay, they don’t draw down their nest eggs, and when they do finally retire, they can take out more money.”

Retire and retire that mortgage

While the research didn’t include strategies to use the money, one thing Mitchell thinks might be a good result of the adoption of this policy is the likelihood that people would use this chunk of cash to pay off their mortgages.

“People retiring today are much more in debt because of mortgages than they were 15 or 20 years ago. Having money to pay off the mortgage could make a big difference for a lot of people,” she says.

Other possible — and good uses — she speculates, could be buying long-term care insurance, life annuities or just putting the money in an IRA and letting it grow.

Do you think the Pension Research Council and Mitchell are onto something good?