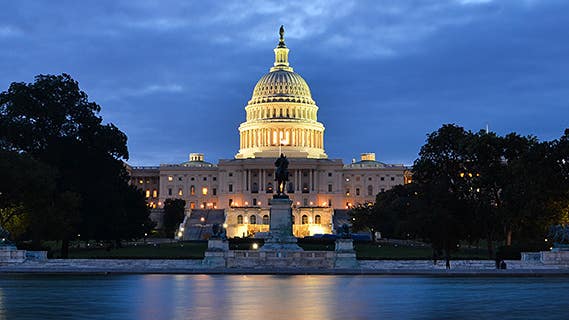 The latest skirmish over Social Security has begun.

Social Security’s actuaries project that the Disability Insurance Trust Fund will be exhausted in 2016 — next year. After that, the program will only be able to pay out what it takes in from payroll taxes. If that happened, disabled recipients would suffer a 20 percent cut in their payments, according to the Center for Retirement Research at Boston College — a real burden on people who are unable to work.

Last week, during the first week of the new congressional session, the U.S. House of Representatives took a shot at forcing action on Social Security reform. It passed a technical amendment that could prevent Congress from moving money from the trust fund for Old-Age and Survivors Insurance, or OASI, to make up for the looming shortfall on the disability side.

Monday morning, eight senior senators signed a letter criticizing the House for its action. In part, the letter said: “Holding hostage the Social Security benefits of any American, particularly those of the 9 million Americans with disabilities who are at risk in the coming years, is an untenable proposition. It only increases the chances of yet another unnecessary manufactured crisis, akin to shutting down the government or threatening the full faith and credit of the United States.”

No matter how you look at it, this issue is messy:

There are a lot of good reasons to fix the entire Social Security program now while there is time available to gradually raise taxes, increase eligibility ages or revise how benefits are distributed. Too bad it takes holding Congress hostage for there to be any discussion or action on this critical issue.