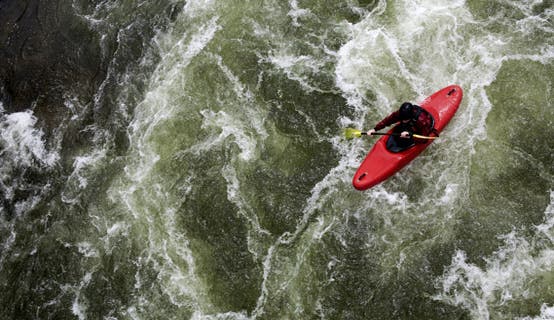 Having enough guaranteed income in retirement to pay basic bills — taxes, utilities, food, insurance, transportation, and rent or a mortgage if you have one — can be partially covered by Social Security. And if you have an old-fashioned defined benefit pension, it may very likely cover the rest of your essential nut.

Research by TIAA-CREF Institute found that about half of Americans in their 50s don’t have a defined benefit pension and will be dependent on a modest amount of Social Security and an unpredictable paycheck deducted from savings. This situation can leave retirees in danger of running out of money even to pay for necessities.

The report, prepared by David Babbel, a professor of Finance at the University of Pennsylvania Wharton School, found that the best way around this risk is to buy a fixed-income annuity. For the last 40 years, compared to fixed-income alternatives, “TIAA’s traditional retirement annuity has returned the most consistent upside with the least amount of volatility or downside risk,” he concludes.

Dan Keady, senior director of financial planning at TIAA-CREF, says the best way to buy an annuity is within your IRA or 401(k) retirement savings plan. This strategy got easier a little more than a year ago when the IRS approved the purchase of Qualified Longevity Annuity Contracts, or QLACs, in IRA accounts. With a QLAC you can delay taking required minimum distributions from your IRA for up to 15 years, to as late as age 85. Delaying RMDs offers a significant tax advantage.

Keady says, “You don’t have to do this all at one time. Put a quarter of your savings in an annuity and then in the future, you can decide to annuitize more.”

Babbel, in a different piece that he wrote in 2013 for the National Association for Fixed Annuities, outlined an even more precise annuity strategy. He said that he and his wife have put most of their taxable savings in deferred fixed annuities that give him a choice about when he can turn on annuity payments. In the meantime, these annuities grow tax-deferred at an average — 2 years ago — of between 3% and 6.5% annually.

He and his wife purchase the annuities separately. Babbel says this strategy, “doubles the amount covered within the (state) guaranty limits. She will inherit all annuities that are not in payout status if I go first, as well as have sufficient life insurance to augment her assets, if necessary. That will compensate for the fact that some of the annuities in payout status expire when I do, but in the interim, we get about 15% more income than if they were in joint payout status,” Babbel writes.

For every year, he and his wife delay turning on income from an annuity, they get higher “mortality credits” — “the repayment of principal baked into the payout rates that are designed to return all of your principal over your expected remaining lifetime,” Babbel explains. “These mortality credits are substantial and grow quickly with age. Together with the interest credited annually to annuities in deferral, they are able to serve as an excellent income hedge against all but the worst kind of inflation,” he says.

Babbel calls this “staggered annuitization” rather than “laddered annuitization.” It is a retirement income strategy that might be worth considering, especially among people who have enough money to annuitize some funds and leave some for unpredictable emergencies.

Here are some pros and cons of annuities.

[Editor’s note: An earlier version of this blog post attributed the research to TIAA-CREF rather than to TIAA-CREF Institute. The institute’s research is funded and supported by TIAA-CREF.]