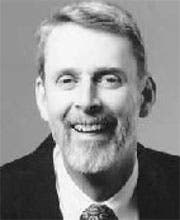 If you are 75 or older, chances are that both your net worth and your income fell between 2010 and 2013, according to the Federal Reserve triennial Survey of Consumer Finances, released earlier this month.

The study says that between 2010 and 2013, the median net worth of those 75 and older fell by 16 percent, and median income for that age group declined 9 percent. By comparison, median income for people 35 to 44 rose 6 percent and was flat for people 65 to 74. Median net worth for those same age groups increased 3 percent and 5 percent, respectively.

This voluminous survey has been examined extensively since its release, but I haven’t seen the statistics relating to people 75 and older discussed anywhere — even though it seemed to me to be a significant drop. So I called the Federal Reserve and talked to one of its economists. The staff economists there aren’t free to talk on the record, but will explain to reporters anything that they don’t understand. In this case, the economist said that people 75 and older are a relatively small segment of the population — about 10 percent — so their economic experiences reflected in this study could be distorted by the small representation of this population segment. Plus, people 75 and older are at a time of their lives when they traditionally spend down assets.

A better interpretation of data

I was only slightly satisfied with this explanation, so I called Randy Olsen, who is a professor of economics at Ohio State University and director of the Center for Human Resource Research, where he has studied the labor market for the last 20 years. Olsen was more candid in his analysis.

“Every time the Federal Reserve says, ‘We’re going to keep interest rates at a low level,’ it is stiffing old people,” Olsen says.

“The Fed is stiffing old people because they don’t work. They rely on Social Security, defined benefit pensions and retirement savings accounts. When their savings don’t yield much income, their income goes down unless they decide to spend out of their assets,” he says.

Getting money flowing is part of the Fed’s goal, he explains.

Olsen is critical of this approach.   ”The policy of  low interest rates hurts the elderly and it doesn’t stimulate consumption. How can you save for retirement if your savings aren’t yielding anything? In order to have a retirement in this environment, you have to save more and the more you save, the less you spend. That doesn’t stimulate consumption.”

Olsen is feeling the effects of the economic downturn firsthand. He is 67 and still working. He and his two siblings are supporting their 98-year-old mother, who “has outlived her money.” One of his grown sons lost his job during the downturn, moved home and relied on Mom and Dad for financial assistance until he was able to find another job.

Olsen says these common experiences have taken a toll on him, others like him and on the economy. “A lot of us thought that by this time, we would be able to spend our money and be happy. But if you see that your child or your parent is in trouble … you have to spend your money just keeping their heads above water.”