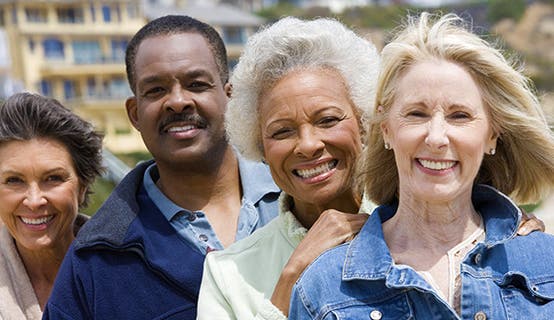 
For many people, happiness and satisfaction with their lifestyle are byproducts of retirement.

A whopping 72 percent of retirees said they were “extremely happy” in retirement, a recent survey found. More than 60 percent of these moderately affluent retirees, who had household assets between $250,000 and $600,000, told surveyors they were very satisfied with their lifestyles in retirement.

The survey of retirees and workers expecting to retire within the next 15 years by financial services firm MassMutual found that retirees let go of negative emotions when they leave the work world behind:

It all sounds blissful. What do we have to do to increase the odds that we’ll be one of the lucky retirees?

Here are some of the factors that tended to make retirees more likely to be very satisfied with their situations:

Steve LaValley, second vice president for retirement services at MassMutual, also pointed to this seven-step financial prescription for retirement happiness, noting the percentage of retirees who thought that taking each of these steps led to greater happiness and satisfaction.

These were the most important financial steps, but there were also a couple of lifestyle steps noted in the study that retirees shouldn’t overlook. Fifty percent of retirees said reconnecting with old friends and making new ones was vital to happiness. This factor was a sleeper because only 32 percent of pre-retirees included this in their strategy.

Another little-recognized but important factor: Focus on maintaining or improving your relationship with your spouse or significant other. Forty-four percent of retirees thought this was key, but only 32 percent of pre-retirees had this in their plans.

“We found both the financial and the lifestyle steps were important and that people who did one without the other were significantly less likely to make it to the happiest status,” LaValley said.