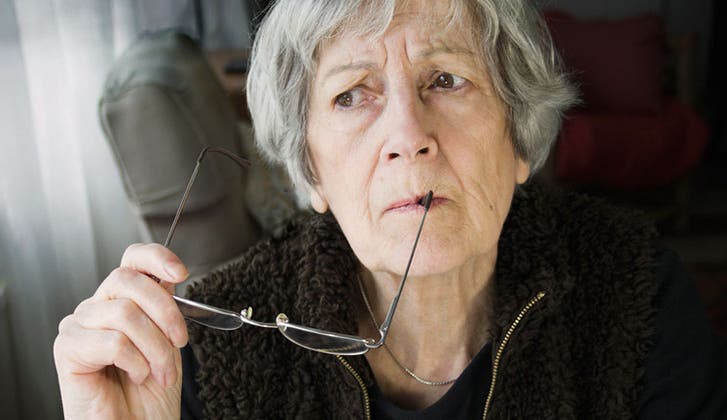 By 2050, Alzheimer’s disease is expected to cost the nation as much as $1.1 trillion, afflicting 13.8 million people.

While caring for an Alzheimer’s patient can cost $174,000 or more over their lifetime, many people have no plan when it comes to this debilitating disease, according to new research from WebMD and Shriver Media.

Of the 4,200 survey respondents, two-thirds said the costs associated with caring for someone with Alzheimer’s would cause great financial harm to their family while nearly half never considered the implications of Alzheimer’s if they or a family member were to be diagnosed with the disease.

What’s more, 32% of millennials say they are the most likely to be the caregiver if a family member is diagnosed with the disease — 10 percentage points higher than all adults — but they are are the least likely to be prepared from a financial perspective. Two-thirds of millennial respondents said they haven’t thought about the financial implications of a family member being diagnosed with Alzheimer’s disease.

“We are seeing a gap in the level of awareness (about Alzheimer’s) and the level of action,” says Michael Smith, medical director and chief medical editor at WebMD. “We now need to turn our focus on helping people understand how to prepare both financially and medically for what may come down the road.”

The financial burden of Alzheimer’s care

Alzheimer’s, like other chronic diseases, can have a devastating impact on a family’s finances if there is no planning for the what-ifs. After all, assisted living costs $43,200 per year; a nursing home will set you back $80,300 for a semi-private room $91,250 a year for a private room; and a home health aide is $45,760 per year, according to the 2015 Cost of Care Survey by Genworth Financial Inc., the Richmond, Virginia-based insurance provider.

While the idea of not being able to take care of yourself is very scary, it’s something that needs to be addressed. According to Smith, one of the reasons that people, particularly millennials, aren’t thinking about Alzheimer’s disease is they don’t think it’s something that will happen to them. Not to mention that since it’s something that typically afflicts people 65 and older, they are focused on shorter-term issues, such as paying for college or purchasing a home.

“People feel like they need to prepare to send their kids to college at 18 versus something you don’t get until 65,” Smith says.

Long-term care at an earlier age could defray the costs

When it comes to preparing for the financial burden of Alzheimer’s, one of the best defenses is long-term care insurance. This is coverage that will pick up the costs if you end up needing extended care.

While the traditional school of thought is that people should start considering long-term care insurance in their mid-50’s, financial experts are advocating getting insured at an early age.

“For millennials getting long-term care now is going to be cheaper,” says Edison Byzyka, chief investment officer at Hefty Wealth Partners in Auburn, Indiana. “Most individuals, before they reach 30, do tend to have discretionary income and are capable of sustaining another payment.”

It may be hard for 20-somethings or 30-somethings to think about purchasing a type of insurance that they won’t need for 30-plus years, but it can go a long way toward defraying the potentially devastating cost.

For consumers who can’t or don’t want to take out long-term care insurance to protect against the cost of Alzheimer’s, they can do something for free: Maintain their health.

According to Smith, maintaining a normal weight, exercising, quitting smoking and treating high blood pressure are all ways to reduce your chances of getting the disease. “We do know that what is good for the heart is also good for the brain, Smith says.