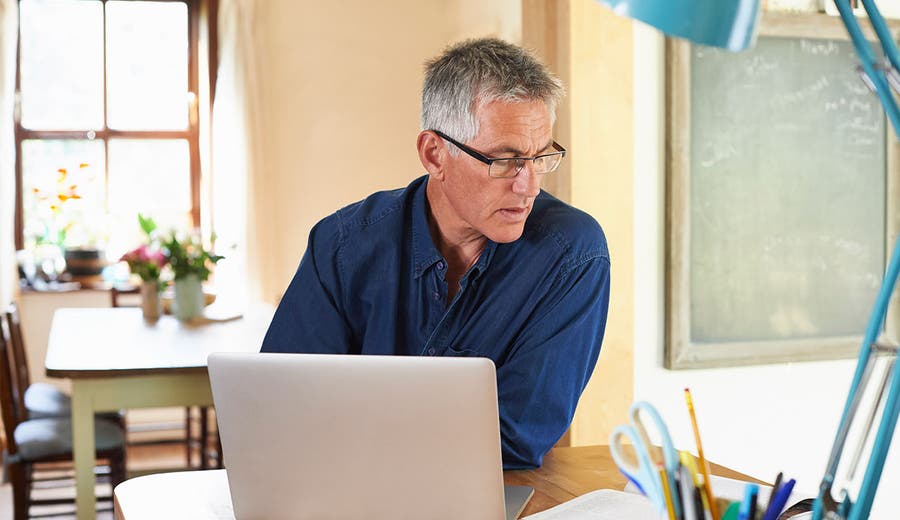 Workplace retirement accounts are designed to be portable. But moving your 401(k) is more challenging than throwing your photos and favorite coffee mug into a box and grabbing your tablet on the way out the door.

If you’re changing jobs or have been laid off, chances are that your 401(k) account is the last thing on your mind. But it pays to include that money in your moving plans — even if you don’t deal with it right away.

If you’re leaving an employer, here are eight things you need to know about moving your 401(k).

Did you borrow any money from your 401(k)? If you’re leaving the company, voluntarily or otherwise, it’s now due in full.

“I think that many people forget that if they have a loan outstanding, it has to be paid,” says Wayne Bogosian, president of the PFE Group and co-author of “The Complete Idiot’s Guide to 401(k) Plans.”

Fail to repay it and the loan amount will count as income, plus you’ll pay an additional penalty equal to 10 percent of the sum you borrowed if you’re younger than age 59 1/2, he says.

However, sometimes, especially in the case of layoffs, “employers will take it upon themselves to initiate a change in the plan to make available post-employment repayment,” says Bogosian.

Here’s how it works. You can keep making regular payments as an ex-employee, just as you were doing as an employee. And since it’s a loan that you’re repaying, it doesn’t trigger any penalties or count toward income, he says.

You haven’t heard about this feature from your former employer? “I would not be at all shy to ask,” says Bogosian. “There is nothing wrong with asking, ‘Can I pay back the loan post-employment?’ Plans can be amended to do this.”

2. IRA rollover isn’t your only option

Rolling 401(k) money into an IRA may not be your best choice, according to some experts. In an IRA, you may have to manage the money yourself or build a portfolio, and that can be daunting for employees who are not familiar with the financial markets.

When you leave your employer, you have several options with your 401(k):

The truly smart move for you depends on your own individual circumstances and goals. And employees need to consider many options:

“Do your own homework,” says Bogosian. “This is one area where generalizing can get you into trouble.”

Too many times, advisers “don’t know what they don’t know,” says Ed Slott, an IRA expert and author of “The Retirement Savings Time Bomb and How to Defuse It.”

So get several opinions along with doing your own research.

Changing jobs is stressful, even in the best of circumstances. If you’ve lost a job and are scrambling for re-employment, you’re likely focused on that. But eventually you will need to figure out what to do with your 401(k).

Chances are, you probably don’t have to move that money right away. If your balance is $5,000 or more, you can leave the money right where it is, Bogosian says. But be careful if it’s less than that: The company could cash it out and send you a check or roll your balance over to an IRA, he says. Check the rules and, where possible, “don’t do anything for the first six months.”

On your first day at the new job, sign up for the company 401(k) plan, even if your new employer has an automatic opt-in, says Bogosian.

With many company plans, automatic opt-in doesn’t kick in for one to three months. So if you rely on that, rather than taking the initiative, you can miss 30 to 90 days of contributions and matching funds, he says.

After six months, you’ve got a handle on the job, know you’re going to stay and have had experience with your new plan. So you’re now in a strong position to compare your last 401(k) plan with this new one, including the diversity of the investments and the costs.

In the not-so-distant past, comparing the cost you pay for investments through one company’s plan with similar offerings in a brokerage firm’s IRA or another company’s 401(k) was difficult.

Now fees and costs have to be disclosed, which means you can compare apples-to-apples. As you compare the plan costs, ask for the participant fee disclosure for each plan, he says. That document will reveal all the fees — both obvious and obscure — associated with each plan.

Then look at what you’ve invested in and what you want to invest in, to help evaluate costs.

If you decide to leave an account with an old company, keep up with both the account and the company.

“People change jobs a lot more than they used to,” says Peggy Cabaniss, co-founder of HC Financial Advisors in Lafayette, California, and a past chair of the National Association of Personal Financial Advisors. “So it’s easy to have this string of accounts out there in never-never land.”

Cabaniss recalls one client who left an account behind after a job change. Fifteen years later, the company had gone bankrupt. While the account was protected and the money still intact, getting the required company officials and fund custodians to sign off on moving it was a protracted paperwork nightmare, she says.

“When people leave this stuff behind, the biggest problem is that it’s not consolidated or watched,” says Cabaniss.

If you do leave an account with a former employer, keep reading your statements, keep up with the paperwork related to your account and keep an eye on the company’s performance.

If you decide to move the money, do it carefully. First, if you haven’t already, establish the new accounts where you want to move your money.

Then keep an eye on the process and make sure the money ends up at its new home, and on time, Cabaniss says. You have 60 days to re-deposit the money into a new retirement account before it’s labeled a “cash out” and you’re hit with tax liabilities and possibly penalties.

Cabaniss says she has witnessed a number of possible scenarios:

Remember to follow up until your money is safely in its new home. Then get — and save — the written proof.

The human resources department at your former, soon-to-be-ex or new employer doesn’t work for you, says Slott. “They work for the company.”

And they have to cover a lot of ground on a lot of different issues for a lot of other employees.

If you’re not comfortable with following the money yourself, hire an expert to handle it for you. But beware, even experts can get it wrong.

“It’s a specialized field,” Slott says. That’s when it can pay to have someone who has a lot of experience and training in this particular aspect of retirement planning, Slott recommends. “Most of the money is lost on the way out of the account,” meaning that if the transfer is not handled correctly, you could lose a chunk of it.

Look for an adviser with plenty of experience, training and references in this particular part of the process, he says.

8. Cashing out is popular, but not so smart

Intellectually, consumers know that cashing out retirement accounts isn’t a smart move. But plenty of people do it anyway.

In 2017, Retirement Clearinghouse reported that more than 30 percent of workers cashed out their 401(k) plans when they changed jobs. The average amount liquidated was “nearly $16,000,” says one Fidelity Investments survey.

But if that $16,000 stays in a retirement account earning 7 percent annually, in 40 years it would increase to nearly $240,000. That can mean the difference between eating canned or fresh vegetables in retirement.

Finally, whether you roll over your 401(k) to an IRA, move it to your new employer’s plan or let it stay with your old employer, the important point is to keep that money set aside for retirement. By keeping it in those specialized retirement accounts, you’ll enjoy a tax advantage and roll up more money for retirement.

In addition, while your account balance might not seem like a lot, time can work its magic on all amounts of money. “Regardless of the amount, keep it to its intended purpose,” says Bogosian.

— Bankrate’s Jim Royal contributed to the update of this story.