The 60-day rollover rule is one of the many traps that lie in wait for investors rolling over a retirement account such as a 401(k) or IRA. You have to follow the rules exactly, or you could end up paying significant penalties — so it’s tricky and potentially costly if you get it wrong.  Fortunately, it’s not that tough to do it correctly, and a little planning can easily get you through it.

Here’s how to safely navigate the 60-day rollover rule, what to watch out for and the penalties for running afoul of the rule.

What is the 60-day rollover rule?

You’ll need to be aware of the 60-day rollover rule when you’re conducting a rollover or transfer of a retirement account such as a 401(k) or IRA to another retirement account, though the rule also applies to health savings accounts and other tax-advantaged retirement accounts. For example, if you move a 401(k) into an IRA, then you want to be cautious. The good news is that the 60-day rule applies in one particular circumstance, what’s called an indirect rollover.

It’s more complicated to go with an indirect rollover, but you get the withheld taxes back when you file your tax return for that year and report the indirect rollover, says Amy Ouellette, CFP and vice president at Vestwell, a recordkeeping platform for workplace savings plans.

So the 60-day rule applies when you’re making an indirect rollover of a retirement plan, and you’ll need to get it done within that time frame or suffer some taxes and penalties. However, in a few circumstances the IRS will waive the 60-day requirement, but applying for a waiver requires even more hoops to jump through.

What are the costs of breaking the 60-day rollover rule?

“The consequences of not following the 60-day rule can be steep,” says Scott Meyer, wealth manager and partner at Merit Financial Advisors in Davidson, North Carolina.

If you fail to meet the 60-day window, you could suffer a few consequences:

With so many Americans feeling behind on retirement savings, it’s inadvisable to run afoul of the 60-day rollover rule. But it’s not all that difficult to stay on the right side of things.

How to safely navigate a rollover

If you’re looking to make a rollover, here’s how to do it and minimize your chances of getting in trouble:

In the end, it’s easiest to initiate a transfer between the institutions and let them handle it directly. You’ll save yourself a lot of time and hassle – and potentially money – if you can do it this way.

The 60-day rollover rule can prove to be a snag in the process of conducting a rollover of your retirement accounts, but it doesn’t have to be a snag. In most cases, you can avoid it ever becoming a problem in the first place by using a direct rollover or trustee-to-trustee transfer. 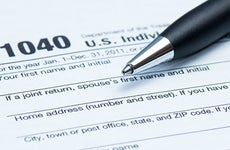