Are you on the hunt for money that may have been misplaced or left entirely forgotten? You or a relative may have money left in an old bank account, a 401(k) from an old employer or even a hidden cache of money in an IRA, annuity or pension. This scenario can happen if a relative dies and the heirs don’t successfully locate all accounts. Often, the unclaimed money ends up being sent to a state office.

Surprisingly, 1 in 10 Americans has unclaimed property, according to the National Association of Unclaimed Property Administrators (NAUPA). More than $3 billion is returned to owners each year, the organization says.

Here’s how you can find unclaimed money and where to look for it — all for free!

What is unclaimed money?

Unclaimed money is money that oftentimes has simply been forgotten about, in one way or another, and tends to wind up being held at a state agency until it is rightfully claimed. Accounts may be considered unclaimed or abandoned in as short as a year — called the dormancy period — if they’ve been unused or the institution has been unable to contact the account owner.

After the dormancy period and efforts to find the rightful owner have been made, the institution can declare it unclaimed and send the money to state agencies in charge of unclaimed money. As part of this process, the institution has to include any identifying information it has.

Financial accounts can often be forgotten about, especially during the inheritance process. If all a decedent’s accounts are not listed during the process of estate planning, it can be very easy for an heir to overlook an account. The account may then sit dormant for years, if not decades, accumulating interest, dividends or capital gains.

Many types of unclaimed accounts exist, including:

Unclaimed money can also take other forms, so if you know there’s money out there with your name on it (or you’re working on behalf of a relative), you’ll need to contact the right agency.

Where to find unclaimed money

The kind of unclaimed money may affect the type of database you need to search in or the state agency you need to contact.

“Unfortunately, this is a state-by-state issue,” says Warren Ward, CFP, founder of WWA Planning and Investments in Columbus, Indiana. “I know of no national database.”

So for many types of unclaimed money or property, you’ll need to search your state’s records.

“In Indiana you can visit indianaunclaimed.gov, a site maintained by the attorney general’s office,” says Ward. “It’s actually something we do every year for our clients, but it’s very easy to do for an individual if they care.”

Ward cautions about treasure hunters contacting you out of the blue and offering to find lost money for you.

“The claiming process is now automated, but we still hear of people ‘cruising’ the database for large amounts of money and trying to get people to pay them to ‘locate’ the funds,” he says.

So if someone contacts you about finding unclaimed money, it may be a tip-off that you have funds out there somewhere. That means you should initiate a search yourself. You can conduct a search for free at any of the state websites and needn’t pay anyone to find money for you.

If you think you have unclaimed money or that a relative does, one of the best steps is running through old financial statements to see if you can find evidence of it. That could be useful if the relative has passed on and you don’t know where to begin. If you discover an account such as a 401(k) or IRA, you can contact the plan’s administrator and go from there.

But many times, the process is more complicated. Here are the places to go next.

The National Association of Unclaimed Property Administrators runs a website that can help you get organized and search for unclaimed property. It links you to your own state’s agency for unclaimed money, tells you things to watch out for and offers a bird’s eye view of the area.

If you know you’re not likely to have unclaimed money in another state, just head straight to your own state’s site and start digging. It’s worth reiterating: While some third-party websites may say that you have to pay, your state’s official website is free to use. So use that one.

If you’ve lived in multiple states and think you might have unclaimed money in more than one, you may find MissingMoney.com valuable. The site can run multiple searches at the same time, a useful feature if you’ve lived around the U.S. or even if you’ve had accounts in other states.

The site is free to use and is sponsored by NAUPA.

4. Search for money from a former employer

You have at least a couple ways to track down money from a former employer:

You have a couple options if your bank failed and you have yet to claim your money:

It’s important to know that there are free resources available for finding unclaimed money, and they’re managed by each state. So turn to these resources before even considering working with a third-party site that’s looking to charge you for their services. 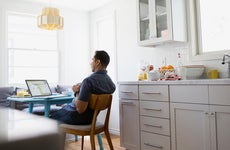 How to track unclaimed life insurance 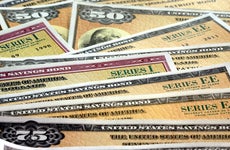 How to find a lost savings bond 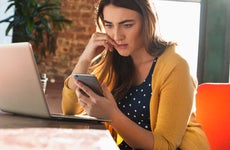