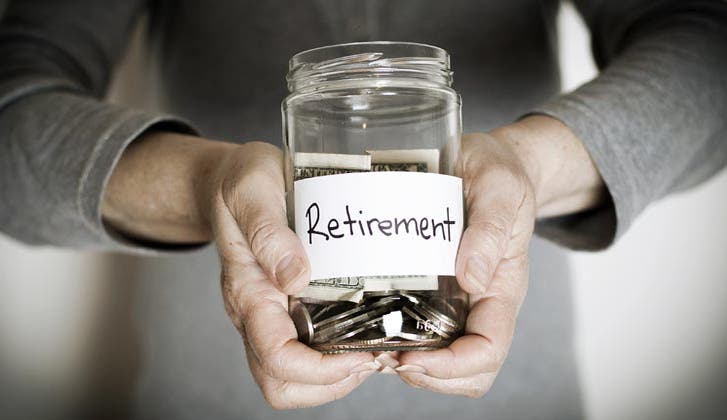 On balance, 401(k) plans seem to be stuffed full of money. By the end of the first quarter of 2014, America’s collective 401(k) accounts had grown to $4.4 trillion, up from $3 trillion in 2007, according to the Investment Company Institute. If you count assets in other defined contribution plans such as 403(b) and 457 plans, the tally is $6.6 trillion.

But not everyone enjoys an equal slice of the retirement planning pie. Saving and investing behavior drives 401(k) balances, and not everyone is able to save as much as they should.

Nearly three-quarters of private sector workers had access to a retirement plan as of March 2014, according to the employee benefits survey from the Bureau of Labor Statistics.

About a quarter of workers in private industry with access to a retirement plan passed up the opportunity to invest in it, according to the survey.

Those with no access to a workplace plan typically aren’t saving anything for retirement.

“Bottom line, people who save tend to do it in workplace retirement plans, like a 401(k). When they don’t have access to those plans, they don’t save,” says Nevin Adams, chief of communications at the American Society of Pension Professionals and Actuaries, or ASPPA.

Even when they do have access to retirement plans, workers can’t be forced to take advantage of them. That’s why many employers automatically enroll workers into the retirement plan and then let them opt out, a step that many workers don’t bother to take.

What kind of investments do people choose?

Participants in 401(k) plans are largely limited to the investment options chosen by the plan sponsor — the employer offering the plan.

“A lot depends on the plan, the plan design and when you joined the plan,” says Adams. “A growing number of plans have automatic enrollment programs in place, and those generally come with a default investment option, frequently a target-date fund or some kind of balanced fund.”

“At year-end 2012, nearly 54 percent of the account balances of recently hired participants in their 20s were in balanced funds, compared with 51 percent in 2011, and about 7 percent in 1998. A significant subset of that balanced fund category is in target-date funds,” Adams says.

How much money does everyone have?

Comparing savings levels gets tricky. To get a real sense of how much people save in 401(k) plans, age and income have to be considered.

People who earn more money can afford to save more. At the same time, higher levels of education typically lead to bigger paychecks. At the end of 2012, the average account balance was $63,929 and the median was $17,630, the Employee Benefit Research Institute, or EBRI, reported. That’s across 24 million 401(k) participants. Here’s a breakdown by age and length of time logged with a company.

How much do people defer in their 401(k) plans?

Few 401(k) participants are able to save the maximum allowed, which is $17,500 in 2014 for those under age 50. Those who are able to funnel that much money into their retirement accounts tend to be highly compensated.

For example, only 1.8 percent of workers earning annual salaries of $60,000 to $80,000 were able to save the maximum, according to a 2012 study by Alicia Munnell, director of the Center for Retirement Research at Boston College.

Those who earned $100,000 or more found hefty saving more manageable. More than a quarter, 28.2 percent, were able to contribute the full $16,500 allowed that year, according to Munnell, who crunched some numbers from the 2010 Survey of Consumer Finances in the report “401(k) plans in 2010: An update from the SCF.”

The average deferral rate is much lower.

“People still make the minimum contributions … rather than thoughtfully paying attention to how much they need to put aside in order for them to have adequate retirement resources,” says Tahira Hira, Ph.D., professor of personal finance and consumer economics at Iowa State University.

The average was skewed upward by one-fifth of participants who were able to put away 10 percent or more of their salary — and bumped up even further by the 12 percent who socked away the maximum allowed.

Despite the Herculean efforts of some supersavers, 401(k) balances do continue to fall below the level needed to get most individuals into retirement. Social engineers are working on ways to increase retirement plan deferrals through such innovations as automatic enrollment and automatically bumping up deferral rates each year. And still more efforts are underway to increase the financial literacy of investors.

The question is, will the puzzle be solved before it’s too late to save America’s retirement?