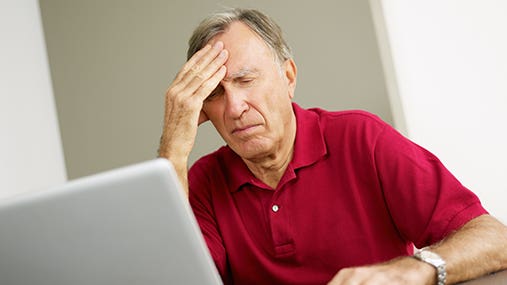 For years, Americans have been told that they are unprepared financially for their golden years. A slew of media reports suggest that few people will be able to maintain their present standard of living once they retire.

Many critics charge Americans with spending too much today when they should be saving for tomorrow’s golden years. But future retirees face even bigger obstacles to building an adequate nest egg, says Chris Browning, assistant professor in the Department of Personal Financial Planning at Texas Tech University in Lubbock.

Browning says too many people are overwhelmed by the complexity of figuring out how much to save for retirement. In addition, they struggle with the difficulty of crafting a retirement plan to reach that goal.

However, those who do manage to bring long-term commitment and focus to their retirement savings efforts are likely to reap the rewards, Browning says. He offers some tips for doing so in the following interview.

America’s retirement crisis is well-documented in studies and surveys that come out every week. Why do you suppose this is a problem? Is it due to Americans’ penchant to spend rather than save?

There is mixed evidence on retirement savings adequacy. Some studies show that retirees are saving enough to provide for the consumption, while others show savings adequacy to be approximately one-third of what is needed.

One of the explanations for a lack of savings is individuals’ preference for immediate gratification. This leads to increased current consumption and borrowing, actions that will restrict one’s ability to set money aside for future consumption.

While this can be problematic, a greater roadblock to adequate retirement savings is likely the complexity of determining:

Individuals must set and prioritize goals, determine the cost of those goals, and estimate and input assumptions into a complex mathematical equation to yield the appropriate per-period savings amount.

When faced with such complexity, individuals are prone to ambiguity aversion — a desire to avoid the unknown — which may lead to a failure to act.

When individuals do act, they usually resort to the path of least resistance, trusting the information and advice that is most readily available (e.g., seeking advice from family members and friends, and/or using information that is gathered online or through other media outlets), signing up for the minimum contribution rate in their retirement plan, and using naive diversification to determine the allocation of their investments.

What can Americans do to improve their retirement prospects at various points in their careers?

One of the best things individuals can do to improve their retirement prospects is recognize that accomplishing the retirement goal will require long-term commitment and focus.

With this philosophy in mind, individuals must recognize the need to increase their rate of savings as their income increases. Retirement plans are oftentimes set up to require a minimum contribution from participating employees. This minimum contribution rate is not an endorsement for an appropriate savings rate.

Individuals must also consider how they invest these savings. A common misperception is that the investments that individuals select — and when they choose to buy and sell their investments — will be the most important determinants of returns over time.

It has been shown that these things have very little to do with the variability of returns over time, and that asset allocation is the dominant factor. In other words, (an) individual should give far more focus to the allocation of their investments than they to do investment selection and market timing.

The most beneficial thing an individual can likely do is hire a financial planner to guide them on their journey to retirement success. Retirement planning over your life cycle is a very complex process that requires expertise that may be beyond ability of the average individual investor.

Because the scope of service and expertise varies greatly across financial service providers, it is important to make sure that you do your due diligence before choosing a planner to guide you in your financial endeavors.

There’s been a lot of talk lately about the demographic shift in America and other developed countries. Because of the shift to an aging population in the U.S., Japan and some countries in Europe, an economic slowdown is forecasted there. Do you think the two go hand in hand?

It is difficult to say. We do have evidence that retirees in the United States are in many cases saving. This behavior has been attributed to a number of things, such as uncertain longevity, the expectation for rising medical costs, bequest motives and the ambiguity created by the complexity of spending down assets.

Regardless of the cause, if this trend continues as the population of retirees grows, the result may be an economic slowdown.

Should Americans invest more retirement money in emerging markets than they have in the past, since countries that are not yet mature have more growth potential?

Trying to identify asset classes that will be future top performers is a difficult task. When it comes to investing retirement assets, I believe it is best to focus on building efficient portfolios that are properly allocated and diversified based on the investor’s risk and return objectives.

What’s the right amount of money that people should save for retirement on a percentage basis?

In my opinion, saving based on a set rule of thumb is a risky choice. Without full consideration of the savings goals, this can lead to significant under- or over-saving, which can both be quite costly.