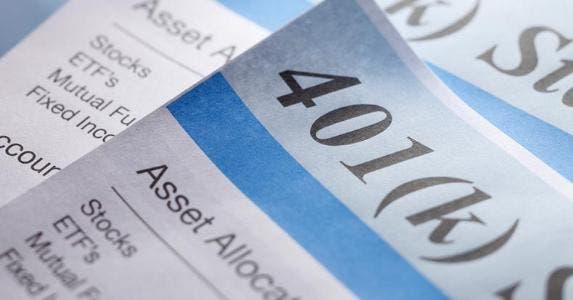 Congratulations! You’ve moved beyond your entry-level job and upgraded your career with a new set of responsibilities. Before you focus your attention on climbing the corporate ladder, don’t forget to take care of what you left behind: your 401(k).

Reason No. 1: You won’t forget your money

“The most important reason to roll over your 401(k) right away when you switch jobs is that young people who procrastinate sometimes forget about their retirement funds,” says David Weliver, a financial journalist and founder of the MoneyUnder30 website.

Rolling over your retirement fund instead of ignoring it allows you to keep control of your money.

“That control is crucial because some companies don’t want to keep a 401(k) with a low balance for you and they may just issue you a check,” says Weliver. “If you don’t follow the rules and roll over the funds into another retirement account within 60 days, you’ll have to pay a 10% tax penalty and income taxes on the funds.”

About 44% of employees under age 30 cash out their 401(k) when they leave their job, more than any other age group, according to research from Fidelity Investments.

“It’s a huge mistake to cash out when you change jobs because it completely depletes the power of saving money early,” says Meghan Murphy, director of thought leadership at Fidelity Investments.

Controlling your own retirement funds also can save you from giving up too much money in 401(k) fees.

“Many 401(k) accounts have higher fees than IRA accounts,” says Weliver. “It may not make much difference now when the balance is low, but over time, as your money grows, the difference between 0.1% and 1% can be huge.” 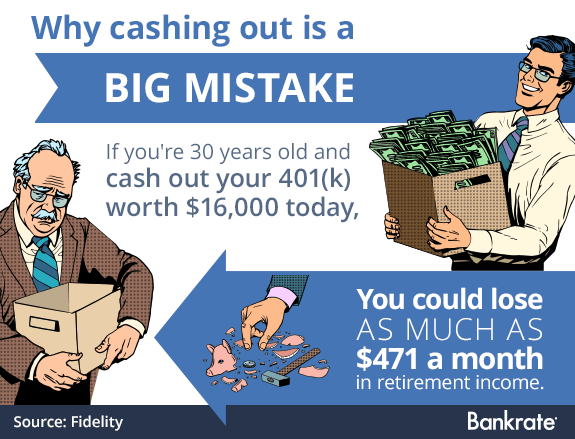 Reason No. 2: You can keep on contributing

A left-behind 401(k) will keep earning money from your investments, but you won’t be able to add to the balance with extra contributions. Opening an IRA or transferring the funds to your new employer’s 401(k), if the plan permits, enables you to continue growing your original 401(k) investment.

“Rolling over your 401(k) into an IRA is the simplest thing to do, especially when there’s no minimum required to open an account,” says Weliver. “When you’re younger, I recommend a Roth IRA to invest money that you’ve already paid taxes on. That money will be tax-free income later when your tax base is likely to be higher.”

If your new employer doesn’t have a 401(k), Weliver says an IRA rollover account is the perfect place to move 401(k) funds.

Rolling over a 401(k) into a new retirement account is a painless and smart way to keep track of your money and monitor its growth over time.