5 reasons state retirement plans are a good idea, and 2 reasons they’re not 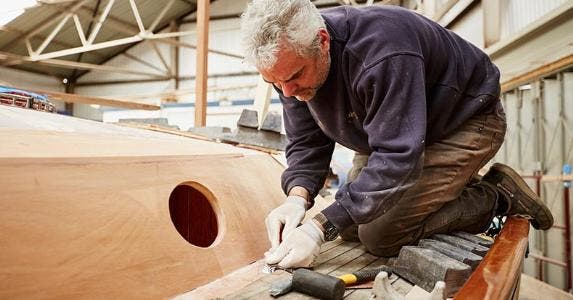 If you have a retirement savings plan at work and you actually have savings in it, you are among the lucky American workers who are ahead of the game.

About 45 percent of workers don’t participate in a workplace savings plan, according to a study by the Government Accountability Office, or GAO. Eighty-four percent of those who aren’t saving say it’s because they don’t have access to a plan, the GAO found.

About 28 states have tried to solve this problem by introducing and sometimes enacting legislation to provide retirement plans for private-sector workers, according to the nonprofit Pension Rights Center. Five states have passed laws and are in the process of implementing these plans, including Illinois, Oregon, Connecticut, Maryland and California.

Should all states offer these plans? What follows are arguments in favor of state-run retirement plans — as well as against them.

These plans are simple

The plans generally require most employers that don’t offer a workplace savings plan to automatically deduct wages — typically 3 percent — from their employees’ paychecks and deposit them in a plan similar to an IRA or a 401(k).

“This is a wonderful way to facilitate retirement savings. You don’t have to take money out of your checking account. You just show up at work, check the box and you are enrolled,” says Michael Kalen, CEO of Futurity First Financial Corp. in West Hartford, Connecticut. The firm represents independent agents and brokers selling annuities and other retirement products in all 50 states.

You don’t have to play

If you don’t want to participate, you don’t have to.

“Mandatory” is a hot-button word among Americans in general and U.S. employers in particular, yet countries worldwide have mandatory payroll deduction savings plans and they appear to enable workers to retire on a livable stipend.

Australia is often held up as a top-tier model among those who advocate for state-managed plans. In Australia, employers must contribute 9 percent of pay, rising to 12 percent in 2020, for full- or part-time workers between the ages of 18 and 70. The accounts are owned and managed by the individuals.

But don’t worry. While policy wonks love the Australian model and ones similar to it, there appears to be little appetite here for adopting it. In states where a state-managed retirement plan has been advocated or approved, the plan is either strictly voluntary or workers can choose to opt out.

Investments can be low risk

Labor economist Teresa Ghilarducci defined the optimal characteristics of state retirement plans that like-minded supporters back. In a co-authored report sponsored by Demos, a nonprofit public policy think tank, she calls for pooling workers’ money and investing it in low-risk, long-term investments. In fact, her proposed plan seeks a guaranteed 3 percent return or a return at least 1 percent above inflation, protecting workers from losing their savings to market fluctuations.

In the current investment environment, a combination of safety and a return above inflation is hard to achieve. States already implementing their plans have taken other approaches.

Connecticut is using target-date mutual fund investments, based on the age of the individual and number of years to retirement. Target-date funds generally contain a mix of stocks, bonds and cash. California is beginning its program with bond investments for the first three years. Bonds don’t yield much these days and face considerable inflation risk.

“I applaud states like Connecticut that are offering options that give investors a real chance for good returns over a long period of time,” says Kalen.

Costs expected to be on the low side

Investment and management costs can really eat up the returns from private and employer-sponsored retirement plans. Potentially high fees discourage many companies from sponsoring these plans.

The goal of government-sponsored plans is to hold these costs down, says Geoffrey Sanzenbacher, research economist at the Center for Retirement Research at Boston College.

Sanzenbacher thinks that initially at least, the fees for these state-sponsored plans will be somewhere between 75 and 100 basis points (0.75 percent to 1 percent), which is on the high side compared with the fees charged by some large investment management companies.

“These plans are going to have communication issues, lots of small accounts and the mechanism of auto enrollment to deal with, so the cost may be higher than they are in some private sector investment companies,” says Sanzenbacher. “But the cost probably will get down to 0.3 percent to 0.4 percent in the long run as the number of investors and the investment pools grow,” he predicts.

Not everyone is on board with state retirement plans.

“We think they are unworkable — that they are in conflict with federal law and will be very difficult to administer,” says John Mangan, regional vice president of state relations for the American Council of Life Insurers.

In August, the Department of Labor established a final rule to ease some of these concerns, offering guidance to states for avoiding ERISA violations.

Both the Center for Retirement Research at Boston College and the American Council of Life Insurers agree that a nationwide plan trumps having 50 state plans.

Mangan points to the federal MyRA, available since 2015, as a better option than state-sponsored plans.

MyRA plans can be set up by anyone through an employer or on their own. The maximum contribution is $5,500 per year in 2016 and 2017. For people age 50 and older, a $1,000 catch-up contribution is available, raising the maximum to $6,500 per year. Money can be automatically deducted from either a personal checking or savings account or via payroll deduction. You also can have a federal tax refund automatically deposited to the account.

The money is invested in special U.S. Savings Bonds with an interest rate equivalent to the Government Securities Investment Fund (G Fund) of the federal Thrift Savings Plan. That fund’s one-year average annual return is slightly north of 2 percent. Once savings in a MyRA account reaches $15,000, it must be moved to a private-sector Roth IRA.

These plans could save taxpayers money

In the long run, Sanzenbacher and others who have studied state retirement plans and other options say the best thing about them is their ability to get reluctant savers over the hurdle and into a plan. The payback for taxpayers, he and others say, could be fewer participants who need access to safety-net programs such as Medicaid and Temporary Assistance for Needy Families (aka, food stamps).

But in the long run, these plans are good because they improve retirement for those whose resources are limited, Sanzenbacher says.