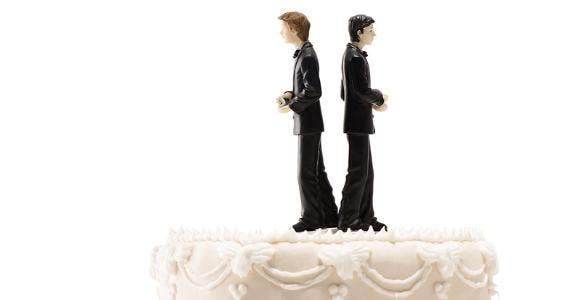 Same-sex marriage has been legal long enough in a couple of U.S. states that its pioneers may qualify for Social Security benefits even if they divorce.

Marriages that last at least 10 years before they end qualify the participants for both spousal and survivor benefits from Social Security. Spousal benefits equal up to half the benefit a spouse or ex-spouse has earned, while survivors benefits typically are equal to what the spouse or ex-spouse was receiving at death.

Starting with the Bay State

Massachusetts was the first U.S. state to legalize same-sex marriage, starting May 17, 2004. Connecticut allowed civil unions starting in 2005, and in 2008 a state Supreme Court decision converted existing unions into marriages. Now, same-sex couples in all states have the right to marry, thanks to a June 26 ruling by the U.S. Supreme Court.

Payments for divorced spouses are among the lesser known of the 10 types of benefits offered by Social Security, says economist Laurence Kotlikoff, co-author of “Get What’s Yours: The Secrets to Maxing Out Your Social Security.”

“Divorcees seem to be the most in the dark,” Kotlikoff says. “They don’t realize they can collect spousal benefits and widow(er)s benefits based on their ex’s work records if they were married for 10 or more years — benefits that, over time, can total hundreds of thousands of dollars.”

The benefits are similar to the spousal and survivor payments available to people who remain married, with a few differences:

Most other rules are similar

Otherwise, the rules for married and divorced people are much the same.

Spousal and divorced spousal benefits may begin when the recipient is 62, although the amount will be permanently reduced to reflect the early start. People who begin spousal benefits before their own full retirement age (currently 66) also lose the ability to switch to their own benefit later, even if it would be larger.

Survivors benefits, paid when the primary earner dies, can start at age 60 or as early as age 50 if the recipient is disabled. Again, the earlier the start, the smaller the payment, although the recipient retains the right to switch to his or her own benefit later. Survivors benefits can continue for people who remarry after age 60.