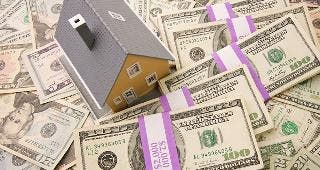 Most people apply for Social Security retirement benefits when they become eligible at age 62, or soon after. For many, if not most, that’s a costly mistake. Here’s why:

But waiting too long to begin benefits also can be a problem. People may not live as long as they think, which can result in money left on the table.

How life expectancy fits into it

A Social Security calculator unveiled this summer by Financial Engines, a 401(k) advice site, attempts to strike a balance by weighing the probability of different life expectancies.

While many other calculators look for strategies to squeeze the absolute maximum out of Social Security, the Financial Engines version often allows the younger, lower-earning spouse to begin benefits earlier — while suggesting that the higher-earning, older spouse delay until benefits max out at age 70.

The approach results in substantially more money than if both partners started early, while emphasizing the importance of creating the highest survivor benefit. Once one partner dies, the survivor has to get by on a single check, and it should be the highest possible to guard against poverty, says Christopher Jones, Financial Engines’ chief investment officer. For the same reason, the calculator typically advises singles who haven’t been married, or whose marriages lasted fewer than 10 years, to delay until age 70 if possible.

Often, it pays to delay

The advantages of delaying are so great that Financial Engines, and many financial planners, recommend tapping other retirement funds such as 401(k)s and IRAs first if that allows someone to put off applying for benefits.

Unfortunately, many people unknowingly will lock themselves into lower payments for life because they don’t understand the impact of starting early. A survey that Financial Engines conducted this year found that most people were confident in their ability to make smart claiming decisions, but that their confidence was misplaced because most didn’t understand the basics of Social Security claiming strategies.

Receiving smaller checks for life is a big deal, since Social Security makes up so much of the income that people live on in retirement.

Clearly, it pays to understand all your options and to make an educated choice.