No, you don’t have to skydive or ride a motorcycle on the Great Wall, like Morgan Freeman and Jack Nicholson did in the movie “The Bucket List.” But if you’re facing retirement and have a to-do list, you may not want to wait for the economic recovery to arrive before living your dreams.

In a rare benefit of the Great Recession, those who are retired — or planning to be — can check things off their bucket lists for a lot less than just a few years back. Consider vacation homes. If your bucket list involves moving to a warmer climate, the recession presents some great value opportunities in Florida, Arizona and California, with prices that are up to 40 percent to 50 percent below their peak, various surveys show.

We know the economic outlook is still cloudy at best, but we’re looking hard for a bright spot. So come along as we explore a few bucket list bargains. There may even be a shiny new fishing boat with your name on it. 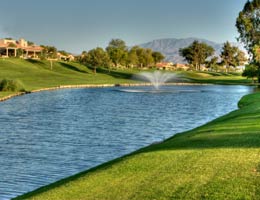 Maybe you thought a vacation home with a million-dollar view and daily golf weren’t in your retirement equation. Think again, says Gordon Snyder, a Realtor in Scottsdale, Ariz.

Many second-home buyers there opt for gated communities with walking trails. Golf is par for the course because the Scottsdale area boasts many links that welcome the public.

These days, it takes a lot less green to live among the greens. Single-family home prices in the Scottsdale area have fallen about 40 percent to 45 percent from the peak in 2006, according to Arizona State University’s Realty Studies center. In the Phoenix metro area, the median price of an existing single-family home was $144,700 in the second quarter of 2010, versus $257,400 in 2007.

“The second-home buyer that comes to mind to me wants four bedrooms, really nice amenities like 8-foot doors (and) granite countertops,” Snyder says.

But don’t get too greedy. “People come out here and think, ‘I am just going to lowball and make a steal on a home,'” Snyder says. “A lot of sellers have already made those adjustments.” 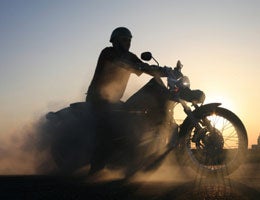 Looking for adventure? Head out on the highway.

A Harley-Davidson motorcycle became a status symbol for aging baby boomers who are heading toward retirement, and the trend even spawned the movie “Wild Hogs.”

Thanks to the recession, would-be easy riders are finding Harley prices born to be mild. Dealers historically could sell new Harleys for a significant markup over MSRP, or manufacturer’s suggested retail price. Today, just 42 percent of dealers are selling at or above asking price, according to a survey by Robert W. Baird & Co. in Milwaukee.

Bargain-hunting bikers can probably get a decent deal on a 2010 model still on the floor, says General Manager Shelly Rossmeyer Pepe. It’s not uncommon for dealers to throw in bells and whistles to seal the deal.

Or consider used. You’ll pay somewhere between $4,000 and the mid-teens. “It used to be hard to find a good used bike,” says Rossmeyer Pepe. “Now, people are trading out. The luxury of having two or maybe three bikes in the garage isn’t there.” 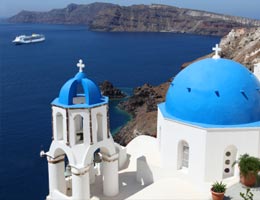 “The Mediterranean has become the new Caribbean,” says Carolyn Spencer Brown, editor of the consumer website CruiseCritic.com. “So many cruise lines with much bigger ships are establishing a presence in the Mediterranean that it’s become an incredibly value-oriented way to visit the region.”

You can thank both the boom and the bust. Major cruise lines went on a spending spree when the economy was shipshape. Before the boats were ready to float, the economy was taking on water.

“The more ships with more cabins to fill, the better the pricing,” Brown writes in an e-mail.

Cruises under $100 per day are common now, and some are even cheaper if it isn’t during the peak summer season. To get the best pricing, book early or book late, Brown says. Early birds sometimes get special pricing, and flexible late bookers can get some terrific deals on ships with rooms to fill.

How to hook a boating bargain 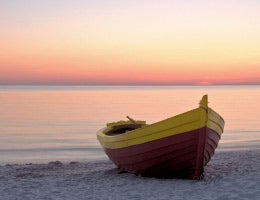 Hanging a “gone fishin'” sign on your office door for good may leave you wishing for a fishing boat.

With saltwater fishing boats, sales have slipped to barely a third of the level of four years ago, according to Miami-based Info-Link Technologies, which tracks the marine industry. “There are not as many toys being purchased, that’s for sure,” says company co-owner Jesse Wells.

Tighter supplies have boosted recovery some, but prices are still 10 percent to 15 percent below what they were a few years ago. Rick Levy, general sales manager of SunDance Marine in Pompano Beach, Fla., says a 25-foot center console fishing boat that would have been $100,000 is more like $85,000 today.

Used boats are even better deals, but do your research, Levy says. Owners have been dumping boats, but they’re often underwater on their loans. “Buyers can find a deal if they pay what the boat is worth and not what the seller still owes,” says Levy.

A bargain for shore 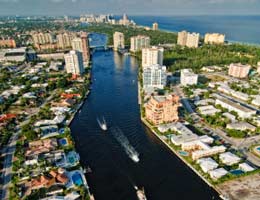 Splashy retirement communities in Florida were unaffordable during the boom years, but prices now are at low tide.

Condo prices in the Sarasota area are down 50 percent since 2006, according to Florida Realtors, and the story is the same across most of the state.

Even luxury waterfront properties are down 30 percent, says Roger C. Pettingell, a broker with Coldwell Banker Real Estate in nearby Longboat Key. But sales are beginning to revive, particularly to retirees. “You still have an aging population that wants to be warm,” he says. Today, you can get a large, amenity-laden beachfront condo with knockout views in the $500,000 range.

Prices are down by 60 percent or so in the Fort Myers area, one of the areas hardest hit by the foreclosure crisis.

Why dive into such a weak market? “There is only so much water to go around,” says Paula Kiker of Lahaina Realty in Fort Myers Beach. 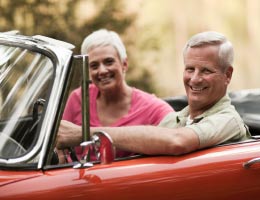 For more information on retirement, check out these stories at Bankrate.com: