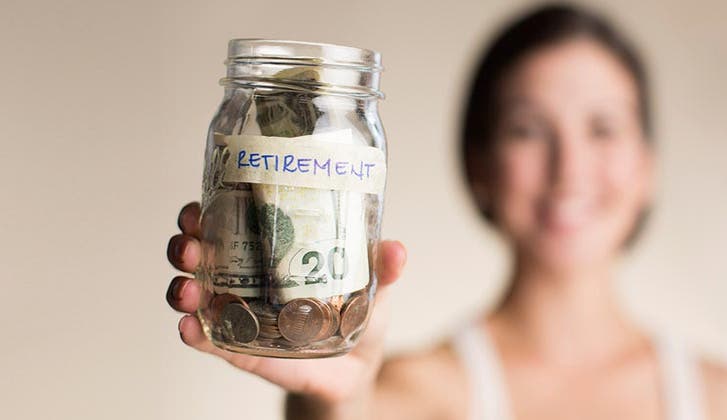 Should the government step in and start twisting arms when it comes to retirement savings?

Many economists are concerned about the impending retirement crisis, given the shortage of savings. Consider that the median value of retirement accounts for Americans between ages 55 and 64 was $103,200 in 2013, according to the Survey of Consumer Finances from the Federal Reserve. That’s not even enough to fund health care through retirement.

At least one person believes Americans should be forced to save.

Meir Statman, a professor of finance at Leavey School of Business at Santa Clara University, wrote a paper titled “Retirement income for the wealthy, middle and poor.” It makes the case for mandatory retirement savings because, “I tire of nudging nonsavers into defined contribution plans with cute tricks,” he says. By “defined contribution plans,” he’s referring to 401(k) plans, 403(b) plans and the like.

Is it time for a shove instead of a nudge?

People know they need to save for retirement, but they also know that exercise is important and veggies should make up the bulk of their diet.

“The problem with retirement is that it is light-years away. Individuals are not as farsighted as economists think. They tend to overindulge in the present, ignoring the consequences for the future,” says Stefanos Delikouras, assistant professor of finance at the University of Miami, School of Business Administration.

“One can say that mandatory contributions can be the remedy for people’s economic myopia,” he says.

Problems with a voluntary system

Since the mid-2000s, researchers and policymakers have been coming up with ways to ease people into saving. So-called nudges include automatic enrollment and easy, all-in-one default investments known as target-date funds. The Pension Protection Act of 2006 made it easier for companies to offer these plan features to workers.

Despite this benevolent manipulation by the federal government and American employers, people still don’t save enough for retirement. And half the country is un-nudge-able: Only about half of American families have retirement accounts, according to the Federal Reserve.

Statman’s paper lays out a plan for a system that would require contributions from employers and employees totaling a minimum 12% of earnings. The default investments would be diversified target-date funds with fees of 30 basis points, or 0.3%, or less.

Importantly, there would be no raiding the cookie jar early for a loan or hardship withdrawal.

In today’s voluntary system, “Lots of people are getting access, so they withdraw money or borrow against it. Some people never join and people who do join may use money to fund current expenses — not luxury, but for many things like supplementing income during unemployment. And it leaves them shortchanged when it is time for retirement,” Statman says.

“Because people don’t know generally how to invest money, what they are doing is trying to beat the market in funds with high expense ratios, wasting money on management fees rather than accumulating money for retirement,” says Statman.

Problems with a mandatory system

Many Americans bristle at the idea of being forced to do things — buying insurance for instance — even when it’s in their best interest.

“There is the issue of free will: What if people want to burn their money now and don’t care about the future? Why should policymakers tell us what to do with our money?” asks Delikouras.

The libertarian spirit is alive and well in America, and so is the penchant to spend money.

A portion of America’s success can be attributed to healthy buying. Historically about 70% of gross domestic product has come from consumer spending.

Nudges are kind of effective

Tricks and nudges such as automatic enrollment do work. Most people just need a little extra help getting started.

“While it may seem like people don’t want to save, we don’t see that in our work,” says Piyush Tantia, executive director of ideas42, a nonprofit behavioral design firm.

In a financial literacy initiative, his company was able to get people to save more through financial coaching sessions that walked participants through the financial transactions needed rather than just telling them what to do and setting them free. People who got the extra hand-holding saved 20% more than those who were simply told what to do.

Sometimes providing extra incentives, such as a prize, can get people to save.

“There have also been some tests of lottery-linked savings where savers get a chance to win a lottery instead of interest,” says Tantia.

Is the current system insanity?

Tricking everyone in the country into saving sounds impractical, but without some nudges, the results could be ruinous for individuals, as well as society.

“It’s pretty clear that if we keep doing what we have been doing, we’re going to keep getting the same result,” says Carl Richards, CFP professional, director of investor education at the BAM Alliance and author of “The Behavior Gap.”

But, he says, “We don’t have to wait for someone to do it to us — you can do it to yourself and make yourself believe it’s a mandatory requirement that we have to fulfill.”

And in a way, it is — at least if you want to retire one day.