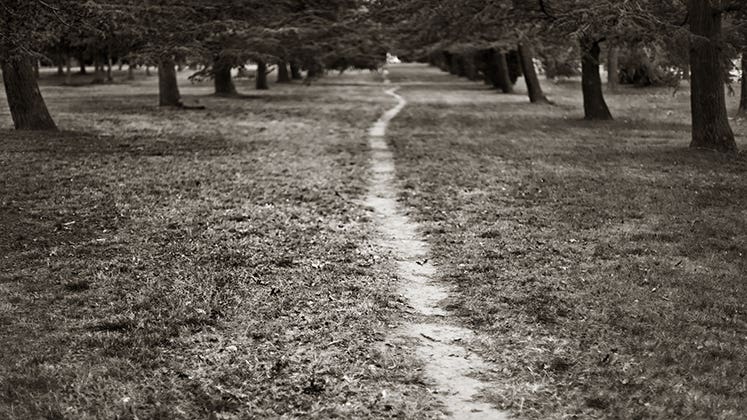 Hacks are shortcuts that make life easier. They can be clever ways to use existing objects or subvert routines. For instance, try using a dryer sheet to remove deodorant stains on clothes. Or remove the smell of pet accidents with a liberal dose of white vinegar.

There are life hacks for most ventures — even retirement.

Retirement comes with some big decisions. Here’s the most effective way to hack retirement: Plan ahead.

Prudent choices and good planning don’t sound exciting or like remarkably innovative ideas. They do usually make everything easier, though.

The following tips for those who are nearing retirement offer shortcuts to a happy one.

Shortcut No. 1: Resist fleeing a job on impulse

Consider all your options before hanging it up.

“Sitting down and making sure the math works out and you have enough income to meet expenses is highly recommended,” he says.

Take stock of savings: Do you have enough to live 30 or more years in retirement? Don’t fret too much; Social Security will make up a pretty big chunk of your retirement income. Of people receiving benefits today, 52 percent of married couples and 74 percent of unmarried people rely on Social Security for 50 percent or more of income.

Want more income in retirement? Wait as long as possible to file for Social Security.

“The rule of thumb is the magic age of 80,” says William Meyer, founder and managing principal of Social Security Solutions.

Age 80 is the break-even point: Whether you filed at age 62 or age 70, by the time you turn 80 years old you’ve essentially collected the same amount of money. You would have received bigger monthly payouts starting at age 70, but they equal all those smaller payments that would have started at age 62.

“The lesson is simple: No one knows when they are going to kick the bucket. But if an impending retiree thinks they will live past 80, they are crazy not to delay,” Meyer says.

Using savings or wages from work to fill in the gap between 62 and full retirement age or later essentially purchases a larger monthly payout. That’s money or time well-spent.

“Understand that as they hit retirement, the goal is not to get all their benefits before they die. The goal is to have the highest attainable living standard as long as they live,” says Laurence Kotlikoff, professor of economics at Boston University and president of Economic Security Planning and MaximizeMySocialSecurity.com.

Shortcut No. 2 1/2: Maximize Social Security while married or single

Delaying Social Security as long as possible is generally good advice for everyone. But that is only one of the 8,000 filing strategies married couples face, says Christopher Jones, chief investment officer at Financial Engines, which provides independent investment advice to workplace retirement plan participants.

Married couples who fail to maximize their Social Security benefits through smart claiming strategies could leave up to $200,000 on the table.

“Every year that you defer the start date of benefits, the government is offering a payout of 6 to 8 percent more,” says Jones. Where else are you going to get that kind of guarantee?

But simply delaying filing may not be the best option for couples. “It gets more complex: One rule of thumb is that the primary wage earner would be better off delaying, whereas the lesser wage earner could start it earlier,” Vernon says.

There’s so much money at stake it may be worth ponying up the fees for professional help. It is ridiculously complex, but there are relatively inexpensive sources of help.

Shortcut No. 3: Simplify the income puzzle

Turning a pile of savings into an income-producing machine takes some work and expertise. As a result, there is a universe of products claiming to be the silver bullet that can take down the retirement-income monster.

One is the immediate annuity.

Savers fork over a pile of cash and the insurance company provides a monthly payment until death. There are some variations — for instance, beneficiary protection or deferring payments — but in general it’s a straightforward process.

“An immediate annuity insures the owner against running out of money,” says Anthony Webb, senior research economist at the Center for Retirement Research at Boston College.

“Essentially it gives people what they always say they want, which is a final salary pension. People hark back to (pensions) and say how wonderful they are, but when they have the opportunity to replicate one, they say, ‘Well, it’s not fair. I will die and the insurance company will profit from me,'” he says.

There are other easy and less permanent solutions, though.

Some investment companies offer retirement-income programs where they pay out interest and principal. “It’s a mutual fund with a systematic payout method,” Vernon says.

Some of these funds are designed to draw down assets for a specific time period, while others attempt to maintain or grow your nest egg as they distribute income. Learn more about these funds in the Bankrate feature “A new breed of retirement income funds.”

Shortcut No. 4: Age in place

Some people don’t relish the idea of living in a nursing home or in an assisted living situation. That’s why remodeling or retrofitting your home with a few choice accessories could pay off in spades. It’s particularly affordable compared with a nursing home with a median monthly cost of about $6,500 for a semiprivate room, or an assisted living facility, which has a national median cost of $3,500 per month.

Working under the fundamentals of universal design, architects and builders make living spaces better and more functional for everyone. Everything should be accessible by people of all heights and abilities.

“For example: a low-entry shower. Instead of walking over a tall shower curb, you have none at all. It just makes it easier. Wider doorways are just easier to walk through; better lighting makes it easier to see. It’s just more functional,” says Philip Bloom, managing member of Aging in Place LLC and Blosam Contractors in Jacksonville, Florida.

“It can be nicely done and you’re bringing in characteristics to make it more efficient. Maybe installing backing in a new shower in case you want to put in a grab bar. Maybe put in a shower seat. It’s comfortable for sitting, putting your leg up for shaving. It’s just pragmatic, common sense, but also accommodates aging-in-place needs,” he says.

Making things simple and efficient is what hacks are all about.

Shortcuts to a happy retirement

Consider these shortcuts to preserve the gold in your golden years.

"Life hacks," popular on social media, are shortcuts that make like just a bit easier. Our thoughts are focused on action items to help ensure a successful retirement, such as avoiding the temptation to flee a job on impulse.

Too often workers quickly leave jobs without a plan or another gig lined up. That can put a big dent in your personal finances and erode emergency savings, if there are any at all in the first place. A little patience can help sustain your career and maintain your savings cushion.

Another hack: Wait as long as possible to file for Social Security. That will ensure you get your maximum payout. It's a question affecting married couples as well as some single folks. Too eager to file for benefits, say at age 62, means you'll get only 75 percent of the primary Social Security monthly payout.

If you're avoiding a move to a nursing home or assisted living, aging in place can save thousands of dollars a month. Remodeling or retrofitting with items like a low-entry shower, a grab bar, better lighting and wider doorways can help avoid or at least delay a move to a more expensive facility.