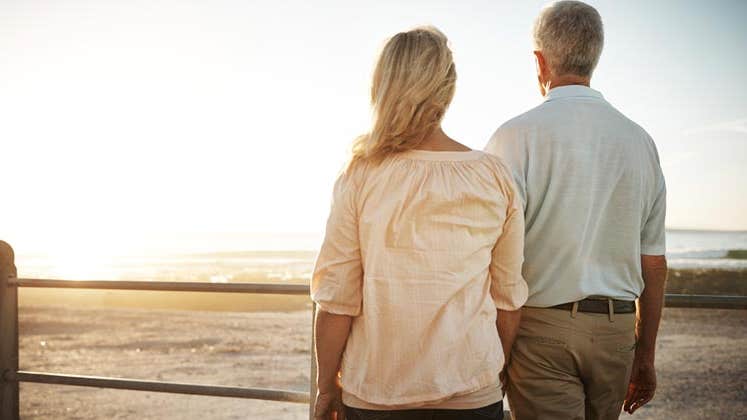 Are millions of retirees taking on too much risk without knowing it?

Some financial advisers say yes. They are challenging long-standing assumptions about how people should invest during their golden years.

Traditionally, it has been common to advise retirees to maintain a portfolio divided between stocks and bonds, with the share of bonds growing larger as the retiree ages. But that strategy will not risk-proof a retirement portfolio.

“We have to remember that returns and risk are forever connected,” says Chris Cook, president of Beacon Capital Management in Dayton, Ohio. “When you are reaching for those returns, you are getting that extra risk.”

Cook and others advocate a shift to “liability-driven” investing. This method involves focusing less on maximizing investment returns and more on simply ensuring that cash flows from investments are adequate to cover future costs.

“It is critical that investors don’t try to reach too far for the returns,” Cook says. “The first priority for retirees is, ‘Don’t lose my money,’ rather than, ‘How much can I make?'”

Cook says a liability-driven approach helps protect retirees against the chief peril they face: a sudden loss of money with relatively little time to recoup.

“The prime risk factor is their time horizon,” he says. “They just don’t have enough time to recover from significant losses.”

Even some of the best-balanced portfolios lost more than 20% in each of those downturns, he says.

Wade Pfau, professor of retirement income at The American College of Financial Services in Bryn Mawr, Pennsylvania, says such severe losses are magnified by another inescapable fact about retired life: “You need to spend from your investments,” he says.

Because retirees gradually spend down their savings, a sharp downturn that would temporarily decimate the portfolio of a younger investor can inflict more lasting wounds to a retiree’s finances.

“When you spend from a declining portfolio, the portfolio doesn’t get to fully benefit from any subsequent recovery,” Pfau says.

Other unique risks to retirees

Pfau says retirees face many other unique risks that require more protection than traditional retirement strategies can provide. Those hazards include:

In light of such challenges, Cook and Pfau both advocate liability-driven investing as a better approach for many people who want to protect their portfolio.

To illustrate the liability-driven approach, Pfau imagines a hypothetical retiree who knows he will need to spend $10,000 about a decade from now.

Someone taking a traditional approach to retirement investments would simply hold an age-appropriate mix of stocks and bonds and hope that it would generate adequate returns over that time period.

Stock market history indicates that such a 10-year bet usually pays off. But not always. It’s possible that the decade-long stretch could include subpar returns, such as the 10-year period ending January 2009, which saw the Standard & Poor’s 500 index lose an inflation-adjusted 5.1% a year (even after including re-invested dividends).

Even worse, an investor could do well over the first 9 years, only to see the market collapse by more than 36% — as the S&P did in 2008 — just as he approaches the finish line.

By contrast, a retiree using the liability-driven approach would pick a very specific instrument, such as an individual bond or an income annuity, that guarantees an inflation-adjusted $10,000 will be available, Pfau says.

“If I have a bond that will mature with a face value of $10,000 in 10 years, I know I will get the income I am expecting,” he says. “I’m immune from market volatility and interest rate fluctuations. That’s the idea behind this approach.”

David Blanchett, head of retirement research at Morningstar Investment Management, is another advocate of the liability-driven approach.

He says that for many retirees, a central risk is not having enough income to sustain them during retirement.

“Given this goal, inflation is an important risk that should be considered when optimizing the portfolio,” Blanchett says.

A liability-driven approach for a retiree might include building a portfolio that seeks to track inflation rather than to maximize gains, he says.

“If you want a portfolio that does a better job hedging inflation, certain asset classes are going to appear more or less attractive than using a more traditional optimization routine focused on total return,” Blanchett says.

For example, investors looking to simply keep up with inflation might weight a portion of their portfolios more heavily to asset classes such as real estate investment trusts, Treasury inflation-protected securities and commodities, Blanchett says.

Convincing 1 investor at a time

Anyone who employs a liability-driven approach to retirement planning must accept that lowering one’s risk profile also means accepting returns that are unlikely to be as high as they could be if the investor took on more risk.

Cook says that fact can be difficult for some clients to accept.

“They’ll think, ‘I’m missing out on a lot; if I get those returns, I won’t have to worry about the downside so much,'” he says.

However, he adds, it’s important to remember the danger of remaining overly invested: “You don’t know when the downside will come,” he says.

Cook tries to help clients understand the value of the liability-driven approach by simply asking them if they know how much gain is required to break even after a 50% loss.

Most clients respond that they would need an upturn of 50%.

That truth underscores how the compounding effect of losses is much more powerful than that of gains.

“They need to limit those losses, even if it means they limit some of the upside,” he says.