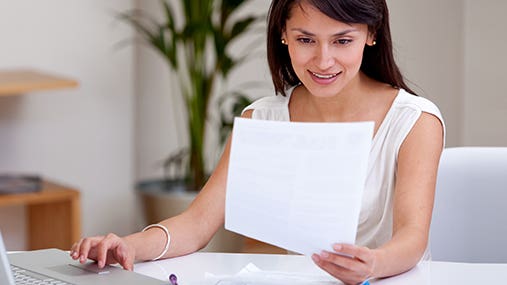 The modern workplace has changed markedly, with many workers calling the shots by doing contract work or freelancing. At the last official count, roughly one-third of the working population — or about 42 million Americans — operate as independent workers, according to the Freelancers Union.

While this freelance economy has brought the freedom to kick irritating bosses and restrictive company rules to the curb, it also has meant saying goodbye to perks such as employer-sponsored retirement plans and matching contributions. Freelancers and so-called solopreneurs must take retirement preparation into their own hands, a task that requires both financial discipline and a realistic life plan.

Here are five ways freelancers and other independent workers can prepare for retirement and secure their financial future.

There’s no question that “going freelance” can be tough on the finances, particularly in the early years. For most freelancers and solopreneurs, it can seem entirely reasonable to put off saving for retirement in favor of covering current costs and reinvesting in the business.

Bad idea, says CFP professional Christopher Kimball of CK Financial Services in Lakewood, Wash. “(Independent workers) always feel that they’re swimming upstream and will be able to save once they get things under control, which, of course, never happens,” says Kimball.

“People spend almost exactly what they bring home,” he says. Even when the business starts generating more money, if saving for retirement isn’t made a priority at the outset, that surplus money will likely go toward other things.

Start saving by putting 10 percent of every payment received into a retirement fund. If 10 percent would truly put you in dire straits, then contribute a lower percentage until you can save more. “The real magic in starting small is that it becomes a habit. … Gradually increasing one’s contributions becomes fairly easy to do once the inertia of habit is in play,” says Kimball. Moreover, compounding interest helps ensure that even small contributions can eventually reap big rewards.

Define your idea of retirement

Even if you’re decades away from retirement, it’s smart to start thinking about how you envision spending your golden years — and how much that lifestyle might cost.

“Knowing what you want to accomplish in retirement makes saving for it much more palatable,” says CFP professional Steve Gaito, director of My Retirement Education Center. He recommends freelancers think deeply about what they want to achieve in retirement, then estimate the total cost of sustaining that lifestyle over a period of 25 to 30 years. With this total, they can then determine how much they’ll need to save each year to achieve their retirement goal.

But the traditional concept of retirement — permanently stopping income-generating work at a set age — is growing outdated, particularly among independent workers. Some freelancers and solopreneurs are able to create a work/life balance so fulfilling, they don’t aim to “retire” in the conventional sense, but plan on enjoying a combination of work and leisure for as long as possible, says financial coach Todd Tresidder, founder of FinancialMentor.com.

If this matches your concept of retirement, “You’ll need to build an asset base that’s solid enough such that (later on), you don’t have to work every month to pay your bills,” says Tresidder.

Freelancers and solopreneurs often dive into their business without a vision of the business’s life cycle and without making an exit plan. “This can make it difficult to think about retirement,” says Gaito.

An exit plan is a comprehensive strategy that lays out what would become of you and your business if you left it, whether due to retirement, bankruptcy, illness, disability or another reason. The plan may include retirement savings, life or disability insurance, or cashing in other assets, says Gaito.

While traditional businesses usually include recouping the value of their business as part of their exit plan, many freelancers are unaware that their business also may have a value that can be considerably helpful in retirement, says Jonathan Medows, a New York City CPA who works exclusively with freelancers and the self-employed.

Freelancers and solopreneurs shouldn’t underestimate the advantages of squirreling money away in retirement accounts. Although the “right” plan depends on your income level, savings goals and personal circumstances, retirement accounts offer tax benefits that ordinary savings accounts don’t, says Kadrina Warren of the Warren Financial Group in Atlanta. Solo workers should consider these tax-favorable accounts in particular to prepare for retirement.


Individual 401(k):
You can contribute up to $17,500 pretax dollars (plus a catch-up contribution of $5,500 if you’re 50 or older), in addition to 25 percent of your annual compensation capped at $52,000 (not including catch-up contributions). Because contributions are only taxed upon withdrawal, they help reduce your current tax liabilities.

Roth individual retirement account: Contribution limits are $5,500 for those younger than 50, and $6,500 for those 50 and older, as long as you don’t exceed certain earnings levels. Contributions are made with post-tax dollars, but withdrawals in retirement are tax-free. Warren says this type of plan may be advantageous for those anticipating being in a higher tax bracket upon retirement because they’d pay taxes on the contribution while in a lower bracket.

Simplified Employee Pension, or SEP: You can contribute up to 25 percent of your net earnings, with a cap of $52,000 in 2014. The plan’s major benefits include that it’s easy and inexpensive, and it permits changes to your contribution amounts each year.

Independent workers are well-positioned to use their expertise and self-starting skills to create passive income streams to subsidize their retirement. Passive income can be broadly defined as the revenue you continue to earn on a product after the initial investment of time or money has been completed, says Tresidder.

“Since the solopreneur owns his work, he can design his business to create passive revenue streams over time,” he says. Examples include writing books, building a profitable website or creating a video series to sell through your business.

Tresidder notes that creating passive income takes the pressure off building an enormous nest egg for retirement exclusively from your active income. “Every $1,000 of monthly passive revenue roughly equates to $300,000 in retirement savings,” says Tresidder. “Most solopreneurs find it easier to create $1,000 per month of passive revenue than to save an additional $300,000.”

Not that it’s easy to reach this point: “You have to be willing to commit the time and energy to create quality products,” he says. Nonetheless, once you’ve figured out how to earn passive income, he says, it’s easier to multiply that income than to grow existing assets at the same rate.