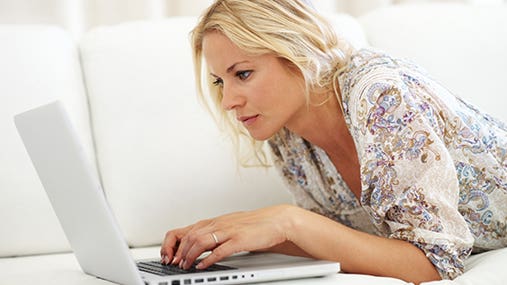 Millions of Americans have no access to a retirement plan at their workplace. In fact, about 45 percent of U.S. households do not have any retirement account assets at all, according to a 2013 report from the National Institute on Retirement Security.

President Barack Obama took aim at the problem in his recent State of the Union speech when he announced a new retirement plan: the myRA account.

Aside from its quirky name (it rhymes with “IRA”), the new savings effort has sparked debate about whether it can help reverse America’s retirement savings crisis.

Jamie Hopkins, assistant professor of taxation at The American College of Financial Services in Bryn Mawr, Pa., says he believes the myRA offers a safe way to begin saving for retirement.

“The myRA concept is simple, workable and a step in the right direction,” he says.

The U.S. Treasury Department is labeling the myRA as a new type of Roth IRA, and all the rules that apply to the latter IRA — including the 2014 maximum annual contribution of $5,500 ($6,500 if you are 50 or older) — will also hold true for the myRA.

“This will be backed by the federal government with a guarantee that the principal will never go down,” Hopkins says.

The myRA earns interest from the federal government at the same rate federal employees earn through the Thrift Savings Plan Government Securities Investment Fund. In 2013, holders of that fund earned 1.89 percent.

Employers will not be responsible for administering the fund, but will instead automatically deduct contributions from participating employees’ checks and deposit them into the accounts.

Initial investments can be as low as $25, with ongoing contributions as modest as $5, the White House says.

Because the myRA is a Roth IRA, savers will not be able to contribute to both a myRA and a standard Roth IRA, according to a Treasury Department spokesman.

As with a standard Roth IRA, myRA accounts will be funded with after-tax dollars, and contributions can be withdrawn for any reason penalty-free.

“They know if they have an emergency and need cash, they still have access to these funds,” he says.

Savers who leave their current jobs can take their myRA accounts with them. The funds also can be rolled over to a private-sector retirement account at any time.

Once the balance on a myRA reaches $15,000 — or the account turns 30 years old, whichever comes first — the balance must be transferred to a private-sector Roth IRA.

The U.S. Treasury Department will begin offering myRAs in late 2014. Married couples who earn less than $191,000 ($129,000 for singles) a year are eligible to contribute, according to the Treasury.

Other highlights of myRAs include:

Hopkins is hopeful the myRA’s low initial contribution requirement of $25 will encourage people with modest incomes and savings to begin saving for retirement.

“It can be a good starting point for people just entering the workforce,” he says.

The fact that myRA accounts will not charge any fees to investors is another major plus, Hopkins says.

“Fees can eat away at retirement savings and diminish the returns,” he says. “Anytime there are no fees to an investor, it is a benefit. You get (to keep) what you don’t pay.”

Nonetheless, Moore has serious misgivings about the myRA.

“I’m not sure the myRA concept is the best answer,” he says. “I think it is a bad idea (made) with good intentions.”

Obama views the myRA as a starter account for retirement savings. But those who are most likely to use the myRA in this way — young investors starting their careers — are better served by taking on increased risk to generate higher long-term growth rates, Moore says.

“They are the ones most at risk when it comes to being parked in low-risk, low-return investments,” he says.

The myRA’s low rate of return — 1.98 percent in the 12 months through January — illustrates the potential problem. By comparison, someone who purchased Vanguard’s Total Stock Market Index Fund inside a Roth IRA gained a whopping 33.4 percent last year.

Michael Rubin, founder of Total Candor, a financial planning education firm based in Portsmouth, N.H., agrees that the myRA’s returns are likely to be too conservative to create the wealth necessary for a secure retirement.

But while such paltry returns are a negative, “it is outweighed by the positive fact that they are now saving at all,” he says.

In addition, he believes the buzz surrounding the myRA offers an opportunity to point investors in a more fruitful direction.

“I suspect that once it’s fully explained savvier savers and investors will choose the (standard) Roth IRA,” he says.