Low rates get risky for retirees 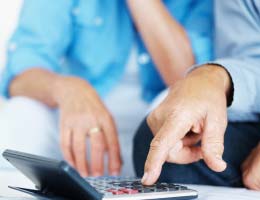 Monetary policies meant to stimulate the economy may be hurting retirees on a fixed income. And the current economic environment is forcing some to put a hold on retirement altogether. Boomers nearing retirement age might not be able to hang up their hats just yet. As life spans increase and interest rates stay low, more people are finding themselves working longer.

We asked Ross LaRoe, associate professor of economics at Denison University, to comment on retirement in the near future. LaRoe teaches microeconomics, public finance and the history of economic thought. He also conducts seminars on contemporary economic issues.

For retirees already on a fixed income, what effects has the recession caused?

Paradoxically, one of the main problems for those already retired is the result of monetary policies pursued to help stimulate the economy. These steps have been necessary, and it may be that even more aggressive measures will be necessary in the future. Nonetheless, they have resulted in record-low interest rates, which, in turn, have depressed the incomes of many of those living on fixed incomes.