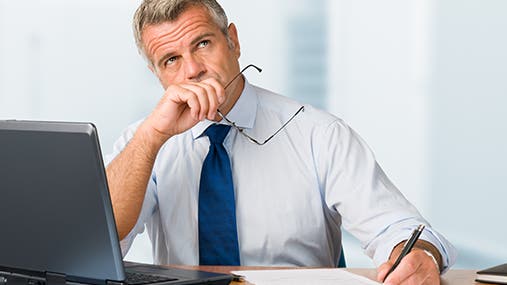 Is the golden age of retirement ahead, or do Americans need more help preparing for their retirements?

Pensions are disappearing, and if something isn’t done, Social Security — one leg of the retirement system — might not be able to pay 100 percent of scheduled benefits after 2037.

That leaves retirement accounts and private savings as the remaining pillars of the golden years.

Individuals are on their own as they save for retirement; some people do a great job while others need a push to get going. Without some prodding, millions of workers could be headed for a retirement catastrophe, and that could have wide social implications.

Most people aren’t great at saving

According to the Bureau of Labor Statistics, in March 2013, 64 percent of workers in private businesses had access to retirement benefits, though only 49 percent of private workers participated in retirement plans.

People without a workplace plan can open an individual retirement account, or IRA. Most don’t; however, close to 4 in 10 households owned an IRA in 2013, according to the Investment Company Institute, a trade association for the fund industry. And rollovers from workplace plans accounted for the IRA assets in nearly half of those households.

How will entire generations manage to retire on reduced Social Security payments and crumbs from disposable income? Unless something changes at the national, community or individual level, it’s not going to be pretty.

America’s retirement system earned a grade of C in the 2013 Melbourne Mercer Global Pension Index, which ranks 20 countries around the world on the adequacy of retirement benefits, sustainability and integrity.

Other countries have made great strides in solving their retirement puzzles: that is, ensuring all workers have enough money to retire successfully. But their solutions may not be a panacea for everyone.

Nine countries studied by Mercer scored above a C, including Denmark, the lone country in the group that scored an A.

The retirement systems in the Netherlands and Australia both earned a B+.

All three countries have a mandatory, or a partly mandatory, workplace component to their retirement systems. That means employers must contribute to the retirement savings of their employees. Nearly all of the workforce in Australia and the Netherlands, 95 percent, are covered by workplace retirement plans, according to a 2013 study by the National Institute on Retirement Security.

“That may be where we end up, but mandates are not the most favored thing in Washington these days,” says Rob Austin, director of retirement research at Aon Hewitt, a human resources consulting firm.

The government tries to help — a little bit

Clearly, herding everyone into fully funded retirement is a thorny issue. In his State of the Union address in January, President Barack Obama introduced a plan to get Americans to save. Called a myRA, it’s like a Roth IRA with training wheels.

The White House also promised to continue working with Congress on the Automatic IRA proposal. Workers not covered by an employer-sponsored plan would be enrolled automatically in an IRA with payroll deductions.

Other members of Congress, too, are looking for ways to help create a golden age of retirement for the American people. Recently Sen. Tom Harkin, D-Iowa, introduced the USA Retirement Funds Act of 2014. The legislation would automatically enroll workers at a 6 percent deferral rate into pooled funds that would lessen risk, with the savings eventually converted into a retirement income stream.

Given the intransigence of the federal government in recent years, the future of a federal Auto IRA or any other such program looks dim, even with fresh resolve from the president.

That’s a shame because automatic enrollment has proven to be the secret sauce in getting people to save. Studies have shown that participation in employer-sponsored plans such as a 401(k) is significantly higher when the employer automatically enrolls workers into the plan. Rather than waiting for people to sign up, employers sign up workers who can always opt out. Most people stay put.

In the U.K., there is a newly minted workplace plan for workers without an employer-sponsored plan. It’s called the National Employment Savings Trust, or NEST. Starting in 2012, the government began automatically signing up workers at large companies. By 2018, nearly everyone in Britain should have the chance to contribute to a retirement plan — the secret to getting people to stay in the plan is signing them up.

“It exploits the power of default but is not coercive,” says Webb. “The evidence of England is that people are like sheep; if you put them in an option, they stay there.”

States may step in

In the U.S., a retirement plan endorsed by the federal government might not happen, but states are taking an interest, says Nari Rhee, manager of research at the National Institute on Retirement Security and an author of the 2013 study about retirement systems in Australia, Canada and the Netherlands.

“For instance, in California, in 2012, they enacted a bill creating the California Secure Choice Retirement Savings Trust, which is basically a souped-up Auto IRA program, where employers who do not have a 401(k) or a pension will be required to auto enroll their employees into the state-sponsored retirement savings program,” she says.

It’s in the design phase now, but some states will keep a close eye on the proceedings. At least four other states — Illinois, Connecticut, Rhode Island and Massachusetts — are considering state-sponsored retirement plans or studying the issue, according to the National Conference for State Legislatures.

There is some good news

The future of retirement is bright, but it will take a lot more effort on the parts of individuals if Americans want to avoid having the federal or state government involved in their savings.

“Other countries can trump us in terms of retirement savings, but we shouldn’t lose sight of the fact that we’re in a good spot now — balances are steadily improving, and there is more (money) in retirement plans than ever before,” says Aon Hewitt’s Austin.

“It will be slow progress to improvement, but there are things that are definitely within our grasp to change on a much smaller scale. Things like improving investment options for individuals in 401(k) plans — better returns or decreased fees — all that kind of translates into better retirement income for an individual. But it doesn’t necessarily overhaul the system,” he says.

With some nudging and more accessible options, more people will begin to save for retirement. The question is: Will it be enough?