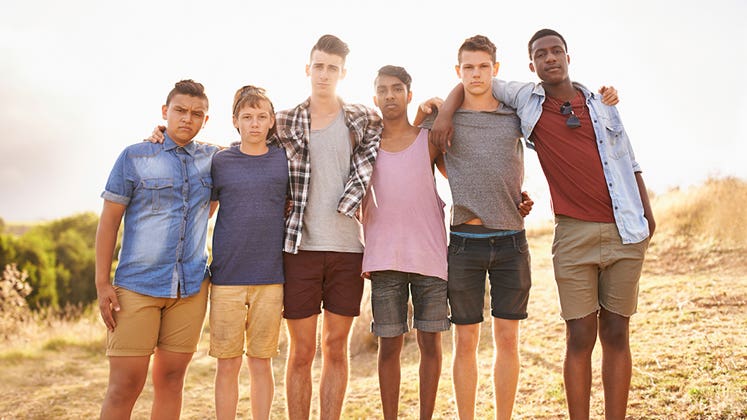 It can be difficult to do something you don’t really want to do, particularly if the task is complicated and ongoing. Look at the newbies at any American gym in early January. Even those who embark on a fitness regimen with unbridled enthusiasm are likely to lose motivation and abandon their efforts within a few weeks.

But good-for-you habits don’t have to die early. With minor behavioral tweaks, something you don’t like doing, such as saving money, can become a die-hard routine.

By putting the right mental framework in place, you can supercharge your retirement savings and coast into your golden years.

Know what to do

Baseline knowledge is “not ‘how much do I invest in blue chips versus high-yield funds,’ but budgeting. If I earn this much and spend this much, the money between those two is discretionary and can be saved or spent. That baseline is critical,” he says.

Sticking to some kind of a budget can help people avoid debt traps like credit cards or payday loans.

“Look at folks like me and how we accumulated big savings. It’s not because we reuse Ziploc bags. We live by the rule if we can’t afford to pay for something now with cash, we can’t afford it,” says Jeff Yeager, AARP savings expert and author of four books on frugal living including, “How to Retire the Cheapskate Way.”

Borrowing and spending, for many, is a way of life.

If you take spending cues from those around you, your bottom line could be suffering. Following the herd can ultimately drain your pocketbook.

To transform from a spendthrift to a saver, consider changing your environment, or at least, how you see it.

Here’s an example of changing your behavior by changing the environment.

Rather than counting on willpower to white-knuckle past a huge temptation, it makes more sense to simply move seats or put the chips on the other side of the room.

People can change their spending context, too. For instance, living in a rich area can actually make you spend more and save less, according to a study published last year in the Journal of Consumer Culture.

If your income doesn’t quite allow you to keep up with the Joneses, lenders are more than happy to extend credit so you can buy stuff that affirms your in-group status.

“Do I buy a house in an affluent neighborhood or in the slightly less affluent area where I’m not as inclined to drive a Tesla?” Nybo asks.

The desire to blend in to your social setting does not end with high school.

Social acceptance, or social rejection, is one of the prime motivators of human behavior, according to behavior change expert BJ Fogg, creator of the Persuasive Tech Lab at Stanford University.

Fogg helps people set up habits they want to engrain through baby steps.

There are many compelling reasons to save money for retirement. Unfortunately, there are as many exciting things to spend money on right now.

According to Fogg’s model for changing behavior, our motivation levels wax and wane over time. When we are highly motivated to do something, we can take difficult steps to make changes. As our motivation decreases, only the most basic steps are possible.

To establish a relatively complex habit, people have to make it very easy for themselves. For example, take these small steps toward big changes:

Believe it, live it

Back to Nybo’s potato chip analogy: If you don’t believe in your heart that potato chips are absolutely not in your best interest, what’s to keep you away? Likewise, an epiphany is necessary to avoid borrowing at all costs.

“The folks I wrote about are loath to borrow for anything,” Yeager says. “If my car dies and I have $900 in savings, I’m shopping for a $900 car. That is a different mindset.”

That mindset may sound impossibly unrealistic, but developing the habits of spending less and saving more will make it seem less far-fetched. By setting small, easily achievable goals on a regular basis, saving a lot over time simply becomes a habit.

“(Habits) are what really help us stick to behavior,” says Nybo.

Before you know it, you’ll be finding new ways to avoid spending money and pocketing the savings. Even if it seems impossible now, the path to a secure retirement starts with small changes in behavior.