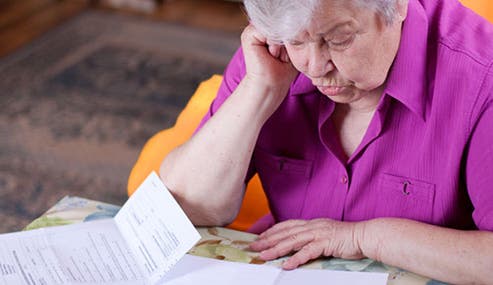 At times, the rancorous debate over what to do about the looming Social Security funding gap seems like an argument among doctors about how to save a dying patient. One side insists that major surgery (cutting benefits) is the only solution; the other is certain any invasive treatment will only make matters worse.

But some observers say the Social Security system is far from death’s door. And they say the cure for its funding woes would be fairly simple if politics weren’t standing in the way.

Former Social Security trustee Marilyn Moon says the system requires only “very small changes” to get back in balance.

“Most of the people that I know who analyze Social Security, including me, believe that this is a relatively easy problem to fix in terms of finding a fair and reasonable solution,” says Moon, who is now senior vice president and director of the health program at the American Institutes for Research in Washington, D.C. “But we also believe that it is politically a difficult one to fix.”

In their 2012 annual report, the Social Security trustees predict that assets in the federal Old-Age and Survivors Insurance and federal Disability Insurance trust funds will begin to decline in 2021 and become exhausted by 2033. The 2013 Trustees Report shows little change from the previous year.

But Maya Rockeymoore, president and CEO of Global Policy Solutions, a Washington, D.C.-based consulting firm, says there is an important distinction between insolvency, which is what the Social Security trust fund is facing, and bankruptcy, which is what many people fear when they watch and read the news. If no action is taken, incoming Social Security taxes would cover about 75 percent of scheduled benefits — a deficit Rockeymoore acknowledges is cause for concern.

“It is a challenge, but not a crisis,” says Rockeymoore, who co-chaired the Commission to Modernize Social Security. “There are policy solutions that can be adopted to address this issue. Yet, we continue to see people argue that the Social Security sky is falling, when that is not correct.”

Crisis or not, we saw Social Security’s financial problems coming years ago. The pending shortfall has been evident since the 1990s, says Alicia Munnell, director of the Center for Retirement Research at Boston College, “and we just have not done anything about it.”

“There’s been a trust fund buildup that sort of served as a buffer for a while,” Munnell says, “but that trust fund is being used up faster than originally thought, primarily because of the weak economy and the decline in payroll tax revenues.”

Rockeymoore cites growing income inequality as another reason the problem has gotten worse faster. While wages for most Americans have stagnated over the past three decades, earnings for the top 2 percent have increased dramatically, Rockeymoore says. That means an increasing percentage of earnings fall outside the wage cap for payroll taxes, currently at $117,000.

A recent report by the National Academy of Social Insurance, or NASI, found bipartisan support for the idea of raising the Social Security tax if necessary to save the program. Released in January, the report says 74 percent of Republicans and 88 percent of Democrats agreed that “it is critical that we preserve Social Security even if it means increasing Social Security taxes paid by working Americans.”

Along with asking participants their opinions on individually proposed changes, the survey also had them select their preferred package of changes, or they could opt for no change at all.

Jasmine Tucker, an income security senior policy analyst at NASI who co-authored the report, says participants selected from a menu of 12 policy options: four that increased benefits, four that cut benefits and four that increased taxes. The bundle that got the most votes would eliminate the earnings cap over 10 years and increase the Social Security tax over 20 years from 6.2 percent of earnings to 7.2 percent. According to NASI, implementing the tax hike at that pace would make it barely noticeable: An employee making $50,000 a year would pay about 50 cents more per week each year.

Among its suggested solutions, the Business Roundtable, a conservative association of CEOs at major corporations, has recommended increasing the full retirement age from 67 to 70, enlarging the role of means testing in calculating benefits and boosting incentives for private savings and workplace retirement plans. The group also proposes replacing the standard consumer price index for setting cost-of-living increases with a formula called the chained CPI.

The standard CPI tallies the price changes of a select “basket” of items each year. The Business Roundtable, the Center on Budget and Policy Priorities and some other groups have argued that the CPI should be scrapped in favor of the chained CPI, which assumes that people will substitute cheaper products if prices go up for the items in the CPI. That means the cost-of-living adjustment would be lower than it would be under the current calculation method.

Global Policy Solutions and other liberal groups oppose the chained CPI, saying it would harm the most vulnerable Social Security beneficiaries, including the oldest and the poorest.

President Barack Obama proposed using the chained CPI for Social Security and other federal benefits with the release of his annual budget in April, though it included measures to protect some Americans from the impact of the change, including very old and low-income recipients.

While the list of possible remedies for what ails the Social Security system is lengthy, Munnell says the choice of how to fix Social Security comes down to one of three basic approaches.

“We have to make a decision as a country whether we want to keep benefits at the promised level and put more money into the system, or reduce benefits, or some combination of the two,” Munnell says.